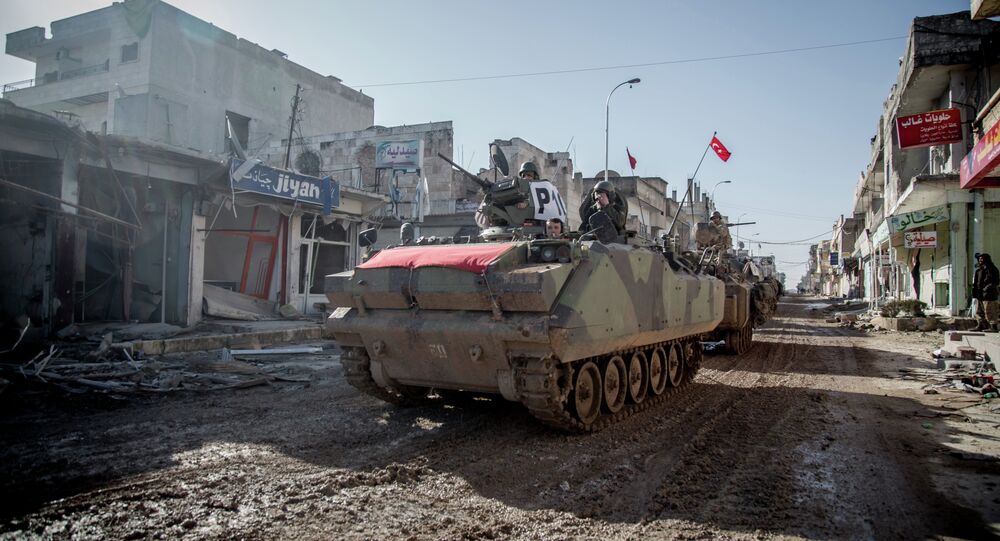 Ankara could send up to 5,000 troops in order to defend liberated from the ISIL militants territories in Syria, according to media.

On Monday, US State Department spokesman John Kirby announced a US-Turkey plan to create an ISIL-free buffer zone along the border between Syria and Turkey to ensure "greater security and stability."

"Plans to form a Turkoman army of 5.000 were discussed in secret meeting in Turkey to protect designated ISIS [IS] free zone in Syria," the media outlet posted on Twitter.

Turkey, part of the 60-nation anti-ISIL coalition led by the United States, shares a 550-mile border with Syria, where ISIL has seized large areas over the past three years.

On Friday, Turkey opened a two-front military campaign against ISIL in Syria and the Kurdistan Workers' Party (PKK) in northern Iraq. The campaign involved airstrikes by F-16 fighter jets and shelling launched from Turkey, according to media reports.