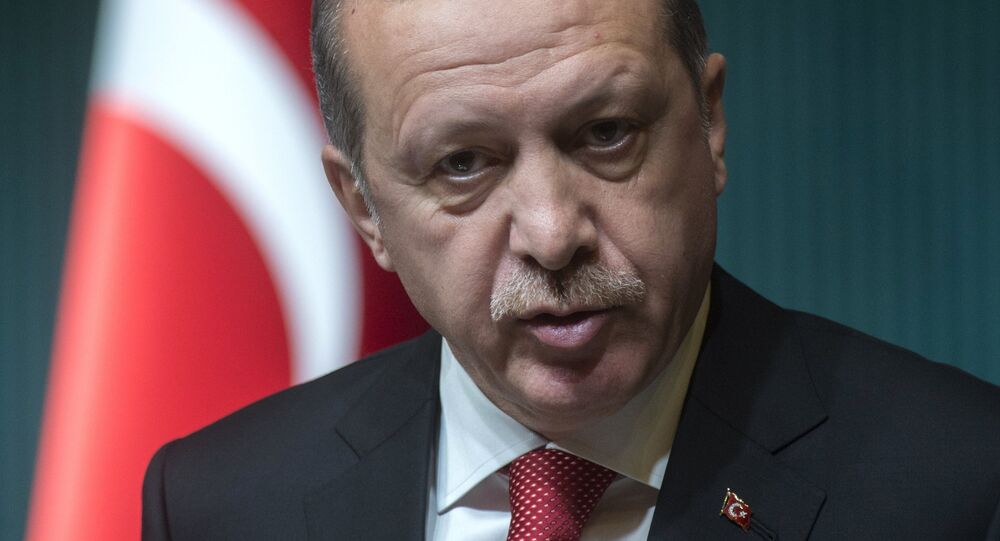 On Friday, Turkey launched a two-front military campaign against ISIL in Syria and the PKK in northern Iraq. The campaign involved airstrikes by F-16 fighter jets and shelling from within Turkish territory.

"Turkey is in a position to require an answer for the blood of our martyrs killed by the terrorists. There will be no retreat. We will continue our operation to combat terrorism with the same determination," Erdogan said in Ankara.

© AP Photo
Turkey Arrests 1,050 Suspects in Anti-Terror Crackdown
The Turkish military campaign against ISIL and PKK positions takes place amid a surge in violence after a suicide bombing in the Turkish border town of Suruc killed 32 people, most of them Kurds, and injured over 100, and the murder of two police officers in the southern city of Ceylanpinar.

The Suruc suicide bomber was reportedly affiliated with ISIL. The PKK claimed responsibility for the Ceylanpinar killings, saying the policemen had backed Islamic State.