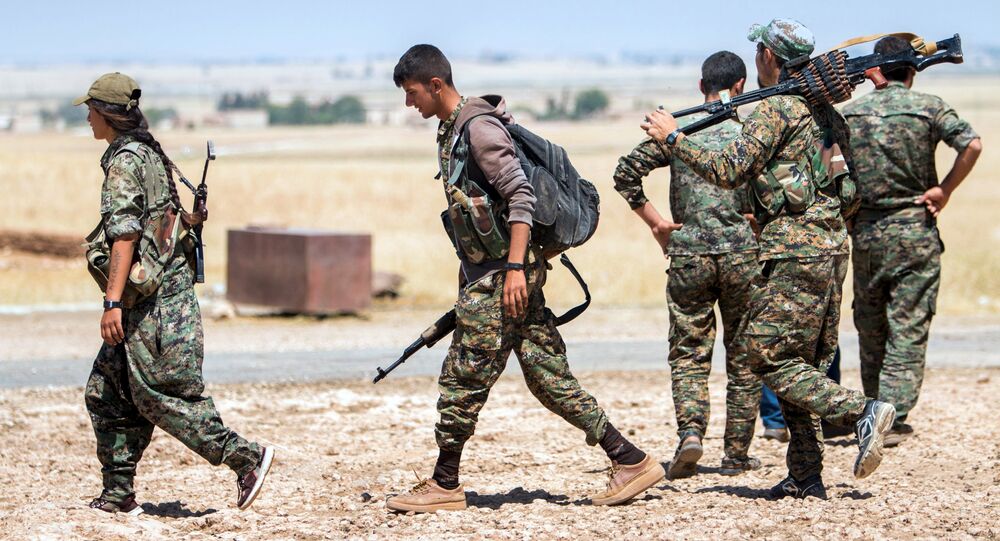 Turkish Prime Minister Ahmet Davutoglu ruled out on Sunday sending ground troops to fight the Islamic State military group in Syria, according to the Hurriyet newspaper.

MOSCOW (Sputnik) — In an interview with Turkish media, Davutoglu commented on the agreement with Washington to provide air cover to what they consider to be moderate Syrian rebels, such as the Free Syrian Army and other forces that have the same goal of weeding out ISIL insurgency in the war-torn country.

He stressed that if Ankara was not going to send in ground forces, and it was not, then moderate rebels should at least be protected from above.

© AFP 2021 / Brendan Smialowski
NATO to Hold Emergency Security Meeting Over Turkey's Terrorist Attacks
Turkey still wants to see Syrian leader Bashar Assad deposed, Davutoglu added. He also said that Kurdish separatists from the PKK party might have a "place in the new Syria" if they sever contacts with Assad.

On Friday, Turkey officially launched its two-front campaign against PKK in northern Iraq and the Islamic State jihadist group in Syria.

The air raids followed a week of violence in Turkey – which shares southern borders with Syria and Iraq – including a suicide bombing in the Turkish border town of Suruc that killed 32 people and injured over 100.

Syrian Crisis Has No Political Solution Until Terrorism Defeated – Assad