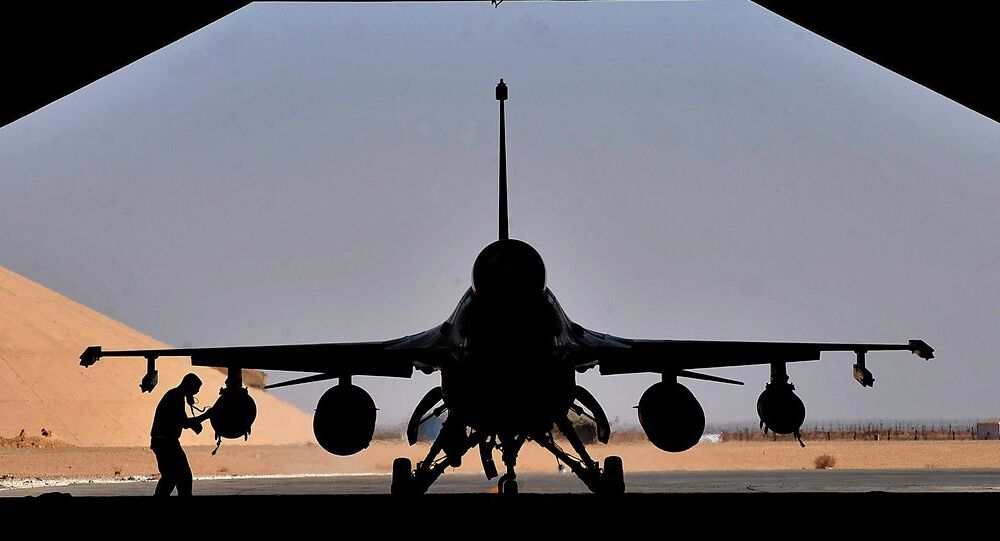 ANKARA (Sputnik) – The Turkish jets, scrambled from the Diyarbakir airbase, struck PKK positions in the area of Harkurk along the Iraqi-Turkish border, according to the MyNet web portal. Ankara is yet to confirm the strikes.

The airstrikes followed Saturday’s operations, reportedly involving 50 warplanes and striking up to 400 targets in northern Iraq.

On Friday, Turkey officially launched its two-front campaign against PKK in northern Iraq and the Islamic State jihadist group in Syria.

This week has seen a surge in violence in Turkey, which shares southern borders with war-torn Syria and Iraq, stretching 510 miles and 220 miles respectively.

© AFP 2021 / Brendan Smialowski
NATO to Hold Emergency Security Meeting Over Turkey's Terrorist Attacks
The attacks included a suicide bombing in the Turkish border town of Suruc that killed 32 people and injured over 100, and the killings of two police officers in the southern city of Ceylanpinar.

The Suruc suicide bomber was reportedly affiliated with the ISIL, which had captured vast Syrian territories. PKK, meanwhile, claimed responsibility for the Ceylanpinar killings, saying it was in retaliation for the deadly attack in Suruc.

The political group, founded in 1978 to support self-determination for Turkish Kurds and designated by Turkey as a terrorist organization, declared an end to the ceasefire on Saturday.