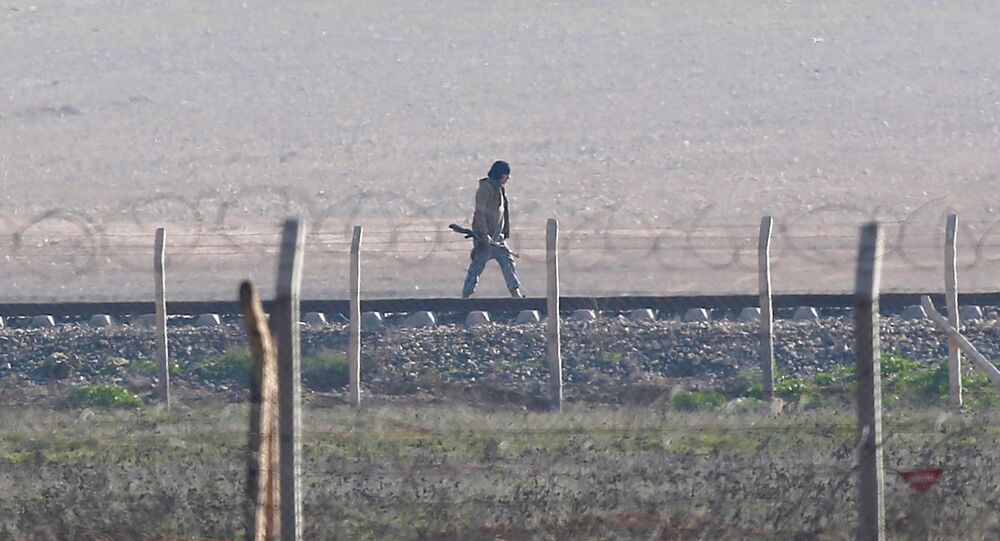 Ankara suggested creating a security zone for refugees in northern Syria. But first of all, that area must be cleared from ISIL militants.

On Friday, Turkish F-16 Falcon combat jets carried out two waves of airstrikes against ISIL positions in northern Syria. The operation was backed on the ground by tanks and artillery from the Turkish side of the border.

"When the northern regions of Syria will be cleared from the Islamic State’s threats, there will be established a buffer zone. We have constantly advocated the necessity of establishing a no-fly zone and the security zone in Syria, where the country could resettle the refugees," Cavusoglu said at a press conference.

© AP Photo / Hussein Malla
Kurdish Militants End Ceasefire With Ankara After Turkey’s Airstrikes
According to a Turkish Foreign Ministry statement, Ankara has granted the US Air Force and other member states of the international coalition access to the country’s Incirlik airbase close to the Syrian border for operations against ISIL.

Syria is currently in the state of a civil war as government forces have been fighting several armed groups, including ISIL.

An international coalition of over 60 countries are conducting airstrikes against ISIL positions in Syria and Iraq.