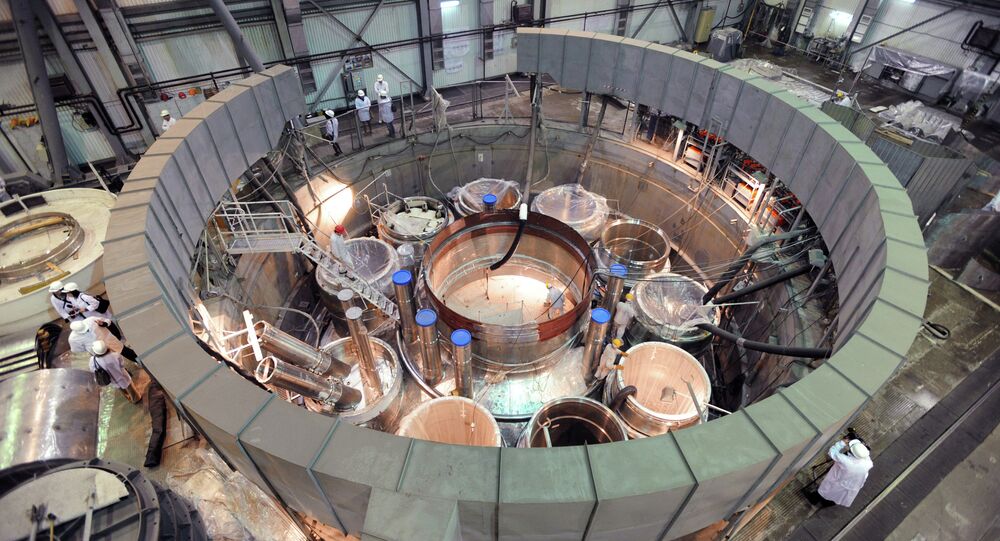 “In the next two or three years we will simultaneously start building four  nuclear power plants in Iran. Over 20,000 engineers and nuclear scientists will take part in the construction, ISNA news agency quoted Salehi as saying.

© AFP 2020 / Peter PARKS
China to Start Building Five Nuclear Reactors in 2015
Salehi said that the country’s heavy water reserves exceeded 90 tons, which was “enough”, and that Iran currently had around eight tons of uranium.

Iran’s national nuclear industry “is now entering a new phase, which will be justified both in terms of costs and benefits,” Ali Akbar Salehi said.

A final agreement was reached on Iran's disputed nuclear program earlier this month after nearly two years of talks between Tehran and the P5+1, a group of five permanent members of the UN Security Council plus Germany.

South Korea Plans to Increase Number of Nuclear Reactors to 36