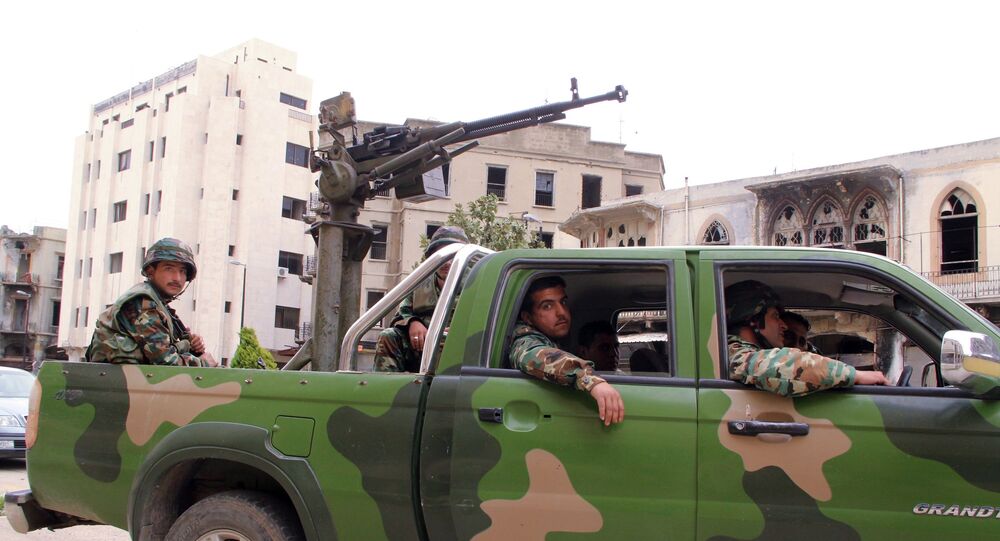 Russia is doing a lot to increase the combat readiness of the Syrian Army to fight ISIL militants, Russia’s Ambassador to Syria Alexander Kinshchak said. According to him, it is in Russia's interest to support fight against terrorism in Syria.

"I think that we are anyway doing a lot to raise the level of combat readiness of the Syrian Army. In particular, we sometimes help [them] with advice when it is necessary," Alexander Kinshchak told RIA Novosti in an interview.

It is in Russia’s interest to support Syria in the fight against terrorism, he added.

"If we do not want terrorists to win in Syria, with all the subsequent outcomes for countries in the region, especially since these consequences will spill out far beyond the region, it means that it is necessary to help the Syrian government in this war," Kinshchak stated.

In late June, Russian President Vladimir Putin expressed his confidence that Syria will ultimately be victorious in the fight against terrorism and reiterated his support for the country.

ISIL is a Sunni militant group in control of vast territories across Iraq and Syria. The jihadist group is also attempting to branch out to other countries in the region.

The Syrian government has been fighting ISIL jihadists on the ground to curb the group’s advance. A US-led coalition has been conducting airstrikes against ISIL positions in Syria and Iraq. The strikes are being carried out without permission from Damascus.