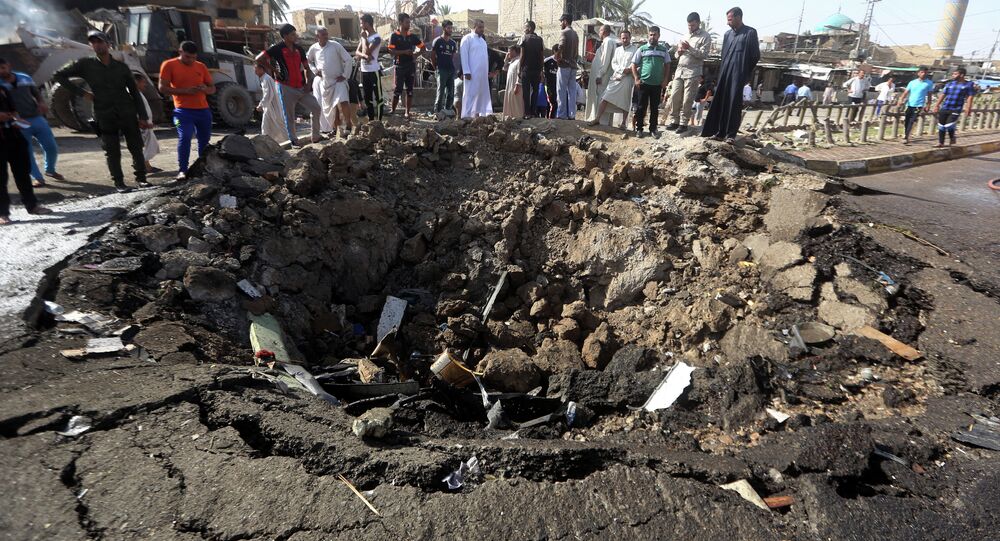 Russian President Vladimir Putin said that Russia reaffirms continued support and solidarity with the Iraqi people, who have been leading a long and hard battle against extremist forces.

On Friday, a car with about three tons of explosives killed 120 people and injured some 130 at a busy market in an Iraqi town Khan Bani Saad, north of the capital Baghdad, ahead of this weekend’s end of Ramadan celebration.

"Accept my most sincere condolences on the brutal terror act carried out near the capital of Iraq. Dozens of civilians became victims of the Islamic State terrorists that slipped in Khan Bani Saad. We reaffirm our continued support and solidarity with the Iraqi people, who have been leading a long and hard battle against extremist forces," Putin said in a release published on Kremlin’s official website.

According to the Syrian Observatory for Human Rights, some 6,000 people have been killed in fighting and terror attacks in the Middle East and Africa during this year's Ramadan, a religious holy month when all military action between Muslims is forbidden.