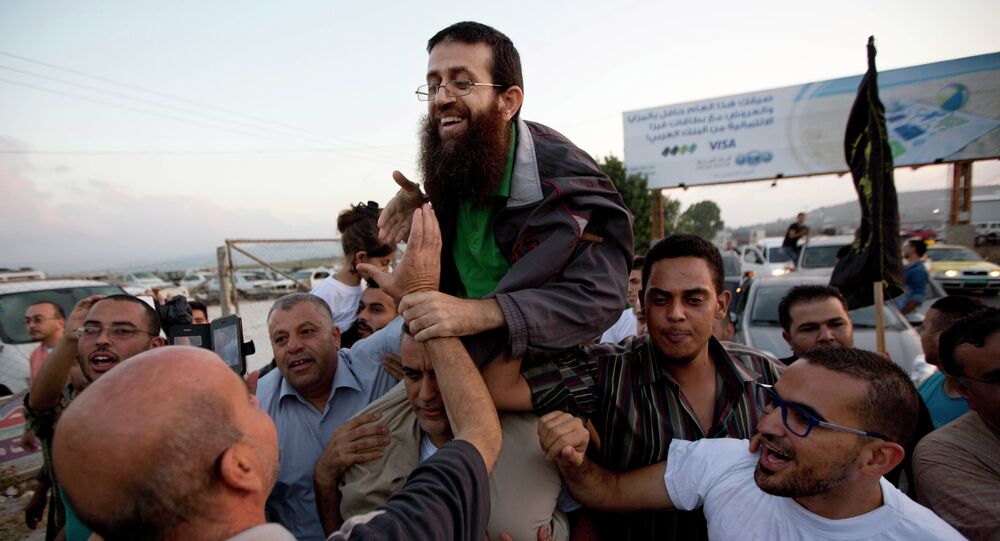 Adnan, a senior member of the Islamic Jihad Movement in Palestine, has been in detention since July 2014 without any charges after soldiers arrested him in the Palestinian town Arraba in the northern West Bank, according to the news outlet.

© AP Photo / Emilio Morenatti
Palestine Still Banging Its Head Against an Illegal Wall
MOSCOW (Sputnik) — The Israeli authorities released Palestinian prisoner Khader Adnan, who had been under administrative detention, over concerns about his health after a 55-day hunger strike, Al Jazeera said Sunday.

The Israeli authorities pledged not to take Adnan in custody again under the administrative detention, as he has been detained ten times, spending a total of about six years in jail, the broadcaster said, citing Adnan’s lawyers.

Some 426 Palestinians are currently under the administrative detention that allows the Israeli military to hold prisoners indefinitely without charges or a trial, according to the Palestinian non-governmental prisoner support and human rights organization Addameer.

The Islamic Jihad Movement in Palestine is an organization seeking creation of a sovereign Islamic Palestinian state and destruction of Israel.

Palestine Plans to Open Embassy in Vatican Within 2 Months