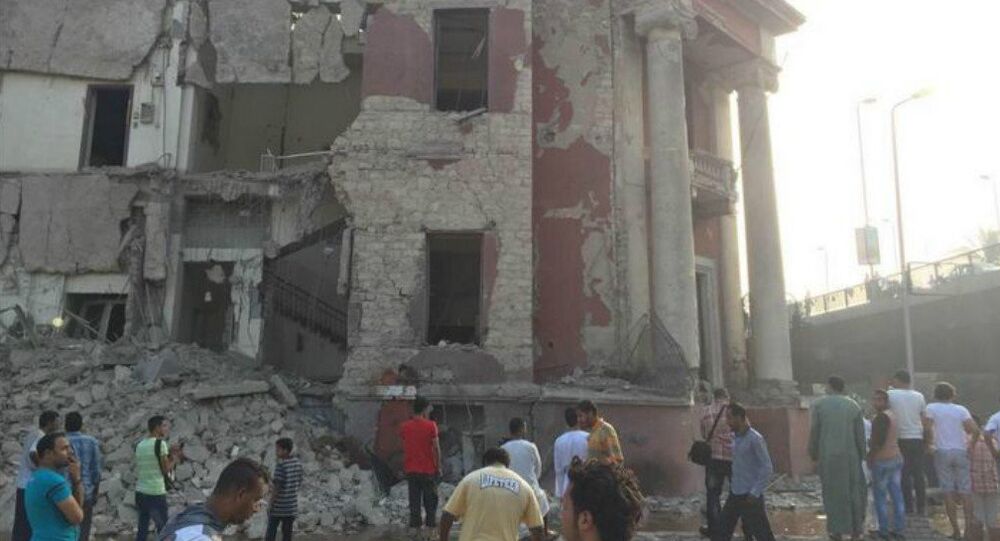 The Islamic State (ISIL) militant group carried out the car bomb attack near the Italian consulate in Cairo, according to the statement of ISIL.

© REUTERS / Mohamed Abd El Ghany
Rome Says No Italians Among Victims of Blast Near Italy Consulate in Cairo
MOSCOW (Sputnik) — The Islamic State (IS) militant group claimed responsibility for an explosion near the Italian diplomatic mission in the Egyptian capital, Sky News reported on Saturday.

Earlier in the day, a car exploded in front of the consulate, killing one person and injuring at least nine. No Italian citizens were hurt in the attack.

"I.S. says it carried out the car bomb attack near the Italian consulate in #Cairo — one person was killed and at least four others injured," the news outlet tweeted.

I.S. says it carried out the car bomb attack near the Italian consulate in #Cairo — one person was killed and at least four others injured

© REUTERS / Mohamed Abd El Ghany
Blast at Italy Consulate in Cairo Similar to Attack on Prosecutor General
Italian Foreign Minister Paolo Gentiloni said earlier in the day that the explosion was an attack against Italy. The country's prime minister, Matteo Renzi, said Rome and Cairo would continue working together to counter terrorism.

Sources in Egypt's prosecutor’s office told local Masrawy news website that the type of explosives used in Saturday's explosion was similar to last week’s deadly attack on the country's prosecutor general. The murder of the official took place after an IS affiliate in Egypt published a video threatening judicial officials in the country.