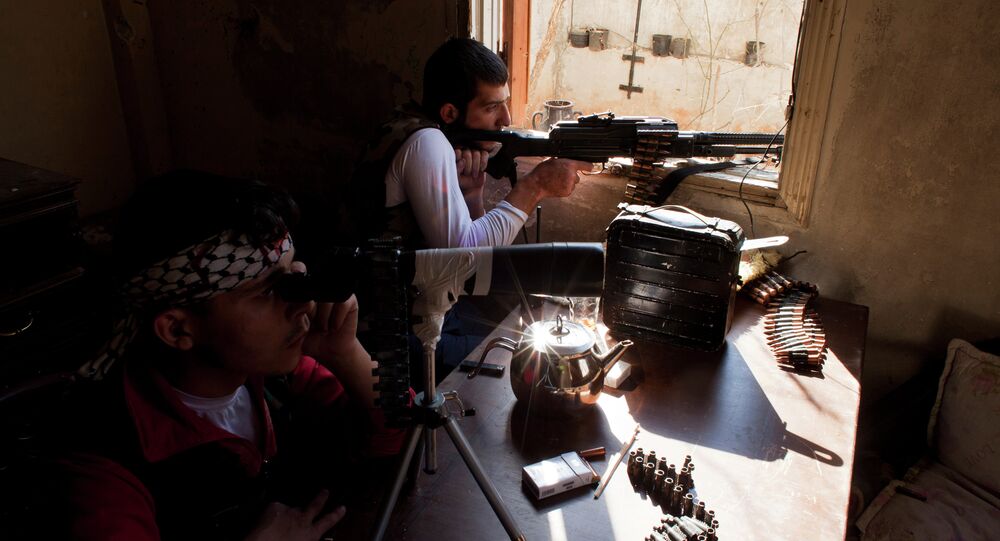 Israeli officials tried to organize a transfer of arms to Syrian opposition groups, according to leaked documents published in media.

© AP Photo / Ariel Schalit
UN Reveals Regular Contacts Between Israeli Army and Syrian Rebels: Reports
According to the Haaretz newspaper, the report published on Al-Akhbar stated that documents revealed an attempt by Mendi Safadi, an influential Israeli Druse, who served as chief of staff to the former deputy minister of regional cooperation, to organize a transfer of arms to Syrian opposition groups. The existence of a contact between an Islamic State (ISIL) militant organization member and Israel was also revealed, the report said.

A group of unidentified hackers broke into Israeli defense computers to obtain the information, Al Akhbar reported. The hackers reportedly accessed the personal computer and phone of Safadi, whom the website calls "the Druze official closest to Prime Minister Benjamin Netanyahu."

Syria has been engulfed in the bloody civil war since 2011, with over 220,000 killed and an estimated 11 million displaced, according to the United Nations.