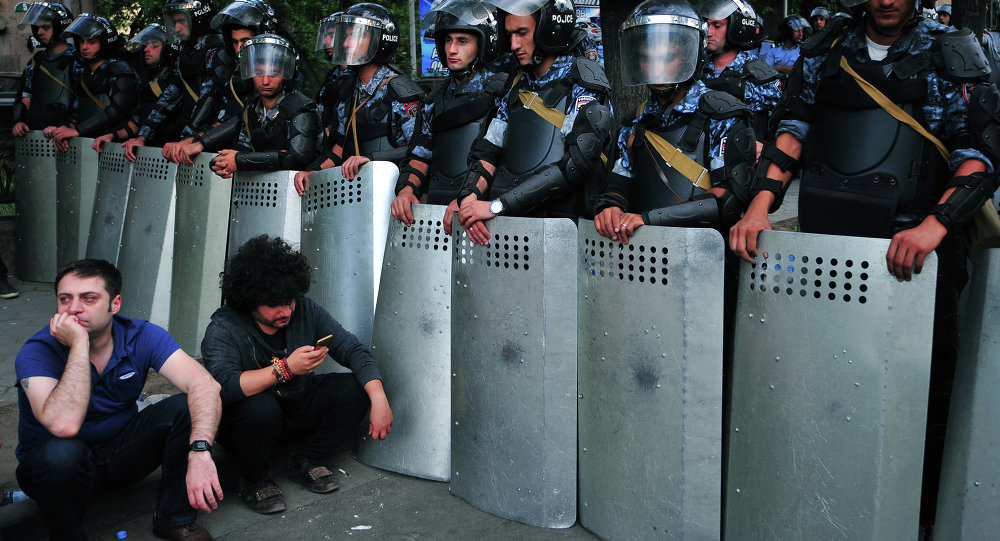 Protests prompted by the rise in household electricity prices have spread from the Armenian capital to the country’s second largest city.

GYUMRI (Armenia) (Sputnik) — Protests prompted by the rise in household electricity prices have spread from the Armenian capital of Yerevan to the country’s second largest city of Gyumri.

"We gather here every day… We have marched in the centre of the city several times, about 1,500 people participated," one of the several dozen activists rallying in the city centre told RIA Novosti. 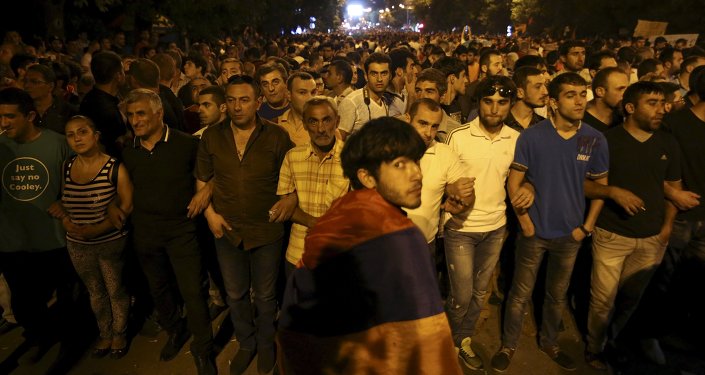 © REUTERS / Hrant Khachatryan
Armenians End Sit-In Protesting Electricity Price Hike in Central Yerevan
Another protester said that Armenians were not satisfied with the living conditions that worsened every year. Between 70,000 and 80,000 people out of about 113,000 residents of Gyumri stay in the city, while others have preferred to leave the country in search for a job, most of them heading to Russia, he added.

Meanwhile in Yerevan Armenian Police Deputy Chief Valery Osipyan claims that Police will not allow the protesters in the Armenian capital to move closer to the presidential administration. 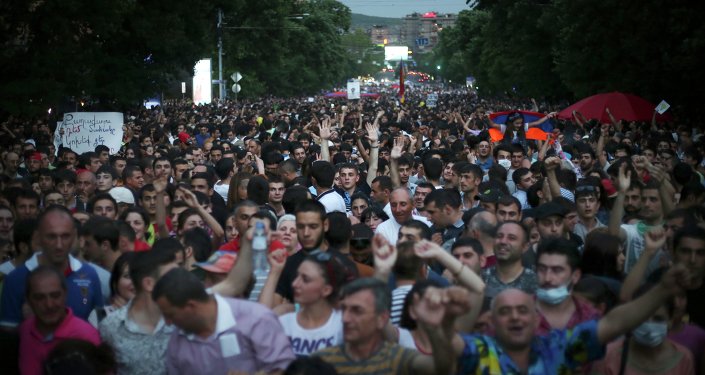 "We won’t let them move by one meter every day," Osipyan said commenting on a protesters’ vow to advance unless the government fulfils at least one of their demands by 21:00 local time [18:00 GMT] Monday.

Osipyan did not specify what particular steps police would undertake. The protesters are currently in about 60 meters [197 feet] from the administration.

Earlier in the day, the activists reaffirmed their demands to annul the electricity tariffs increase, to punish policemen, who used excessive force against protesters and to stop prosecution of the participants of the ongoing rally.

Armenians to March Through Yerevan to Protest Against High Energy Prices