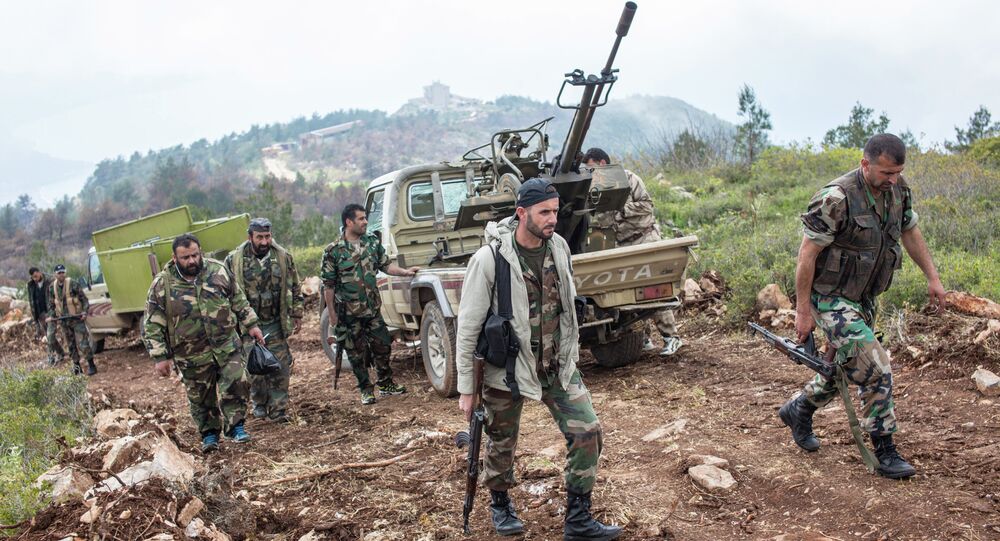 Syrian Army, Hezbollah Take Over City Near Border With Lebanon

The Syrian army with the support of the Shiite Hezbollah militant group stormed the town of Zabadani in southwestern Syria, near the border with Lebanon, previously held by Islamists, a military source told Sputnik on Saturday.

© AP Photo / Mohammed Zaatari
Hezbollah Attacks Kill ISIL Commanders in Lebanon
MOSCOW (Sputnik) – According to the source, the assault of the city, located just 15 miles northwest of Damascus, began on Saturday morning and was accompanied by air strikes and artillery shelling. A few hours later, the city was taken under control of the Syrian government, the source said.

Earlier in the day, Islamist militants said in social networks that several of their supporters were killed during the assault and that the government forces were advancing towards the fortress of Zahra in the west of the city.

Syria has been engulfed in civil war since March 2011. Damascus has been engaged in battles on multiple fronts, against the so-called moderate opposition and numerous extremist insurgent groups, including the Islamic State militant group.

Lebanese Hezbollah is actively fighting on the side of the Syrian regime.