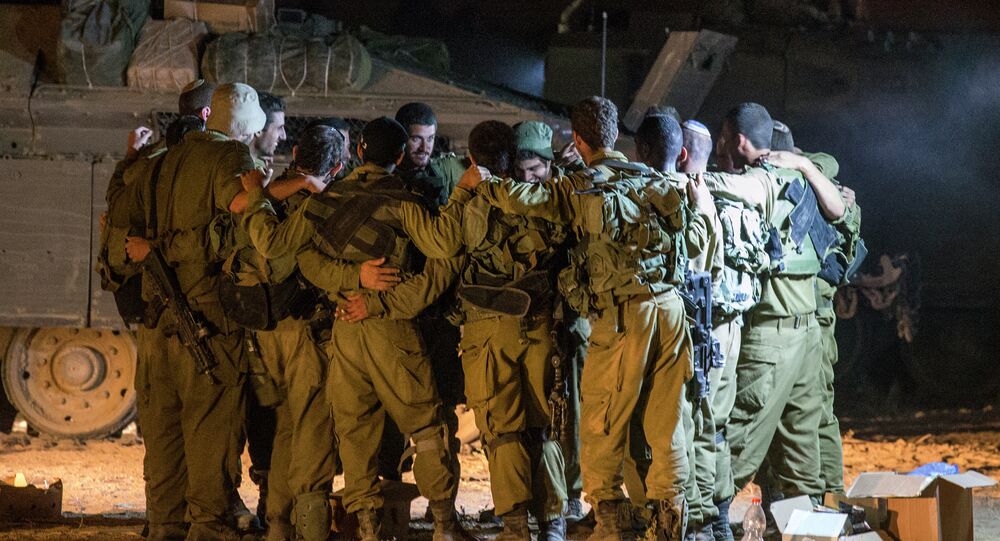 President Sisi of Egypt may be forced to turn to Israel to maintain order in the Gaza Strip.

"The two [Egyptians and Israeli] armies may already be coordinating in preparation for such a possibility," the source told the Haaretz newspaper.

© AFP 2021 / JACK GUEZ
Israeli Navy Plans Major Upgrades to Entire Combat Surface Fleet
The inter-governmental military cooperation, despite historic tensions following the 1973 Arab-Israeli War, will not be in violation of Egypt’s sovereignty since Gaza is under Israeli occupation, the source added.

Egypt was rocked by a series of coordinated attacks on security targets Wednesday, concentrated in the North Sinai Governorate's city of Sheikh Zuweid, which borders Gaza to the northeast.

The region, with over 100 militants and 70 government troops killed in the latest fighting, has been the hotbed of a growing insurgency against Sisi’s government.

"The Egyptian problem is that a military campaign inside Gaza could lead to breaking down the fences and a mass flight of civilians from Gaza to Sinai," the source added as quoted by the newspaper.

In the wake of the militants' assault, Egyptian government forces launched aerial and ground campaigns against the Sinai-based militant group that pledged allegiance to IS late in 2014, known as Wilayat Sinai

IS’ operations are mostly concentrated in Iraq and Syria, but the radical Sunni group is known to operate terror cells in North Africa, Yemen, Pakistan and Afghanistan.

Rise of Left-Wing Israeli Parties Hampered by Mistrust of Palestinians