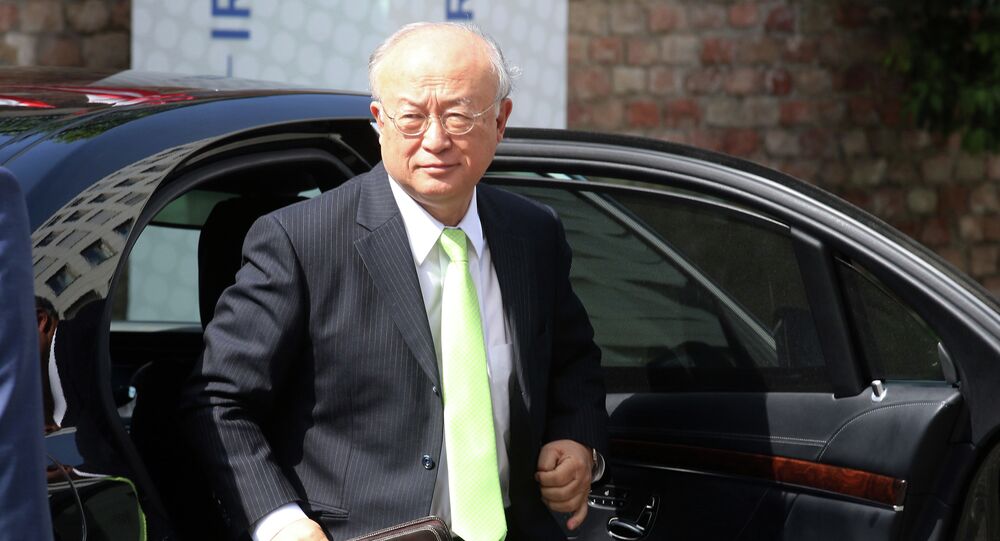 IAEA Head Arrives in Tehran for Talks With Iran's President

According to high-ranking diplomatic source in Vienna, the IAEA Director General has come to Tehran to hold consultations with Iranian President Hassan Rouhani on the nuclear issue.

"Yes, Amano is now in Tehran, " the source said.

Amano is expected to meet with Rouhani on Thursday.

On Tuesday, the nuclear watchdog chief met with Iran’s Foreign Minister Mohammad Zarif on the margins of Vienna talks to discuss Iran’s deal with world powers that are seeking to curb its nuclear activities in return for sanctions easing.

Tuesday was the deadline for the final comprehensive agreement that would have Iran dismantle parts of its nuclear infrastructure, including cutting the number of uranium enrichment centrifuges.

But the talks were extended for another week amid disagreements on over proposed IAEA inspections of Iran’s nuclear facilities. Iran has resisted this clause, which aims at guaranteeing it is not building a nuclear weapon.