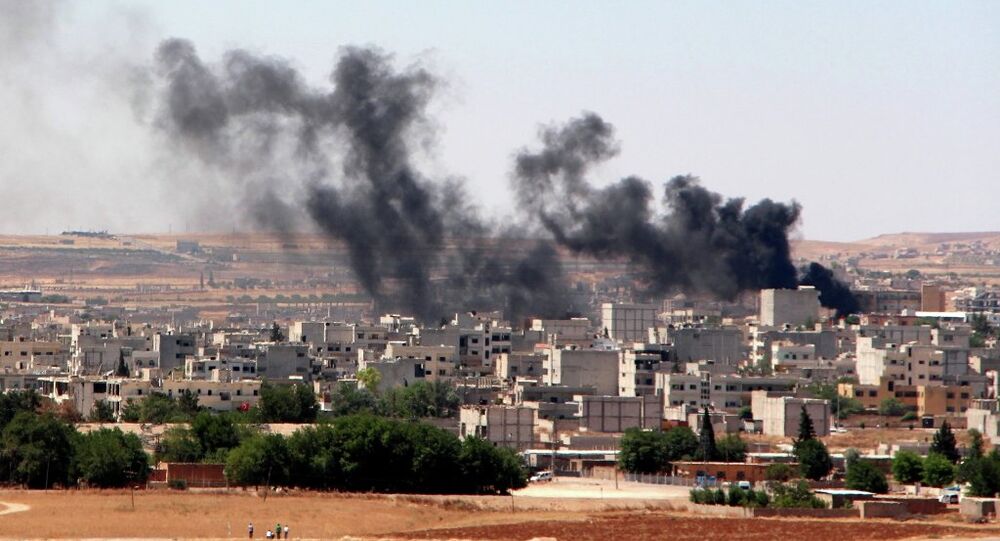 The Islamic State's Friday attacks in Tunisia and Kuwait could have been carried out to prove that the brutal militant group is still a force to be reckoned with despite recent setbacks IS suffered in Syria, a Turkish terrorist expert told Sputnik.

"The terrorist acts committed simultaneously in different countries on three different continents show that the Islamic State is active globally, not in a single region," Merve Onenli Guven said, referring to the three attacks on Friday.

© AFP 2020 / FETHI BELAID
Tunisia Shooting Death Toll Rises to 40 After Belgian Tourist Dies
In Tunisia, a gunman fatally shot 38 holidaymakers at a beach resort on the outskirts of Sousse, a city located 90 miles south of the capital. The victims include vacationers from Belgium, Germany and the UK, as well as locals.

The Islamic State claimed responsibility for the shooting and a suicide bombing at a Shia mosque in Kuwait, which left 27 people killed. In a separate incident in France, a man suspected of Islamist ties appeared on Friday to have beheaded his boss before blowing up a storage facility at a gas factory outside Lyon.

Additionally, the group notorious for its atrocities is reported to have killed at least 145 civilians in northern Syria on Friday. All the attacks took place during the holy month of Ramadan.

"These acts seem to be a direct result of IS losses in Syria if we take the psychology of terrorist organizations into account. Militants carry out these atrocities to make a statement, to bill themselves as a force posing a significant threat," Merve Onenli Guven told Sputnik.

© AFP 2020 / PHILIPPE DESMAZES
New Terrorist Alarms in France as Islamist-Linked Man Attacks Factory
The militants have encountered a series of setbacks in recent weeks, losing control of the Syrian regions bordering Turkey. Last week, Kurdish forces gained control over the city of Tel Abyad. On Saturday, they announced that the Islamic State was pushed from the long suffering city of Kobani.

"We can also assume that these attacks were carried out in retaliation for the Western support of the Kurdish forces in Syria," the expert added, referring to the US-led yearlong airstrike campaign against IS targets in Iraq and Syria.

If Merve Onenli Guven's assessment is correct, latest brutal attacks will not be the last.

"How intensive IS activities are will depend on the militants' positions in Syria and Iraq. IS fighters are constantly trying to attract the world's attention and use the most devious methods to achieve this," the expert concluded.