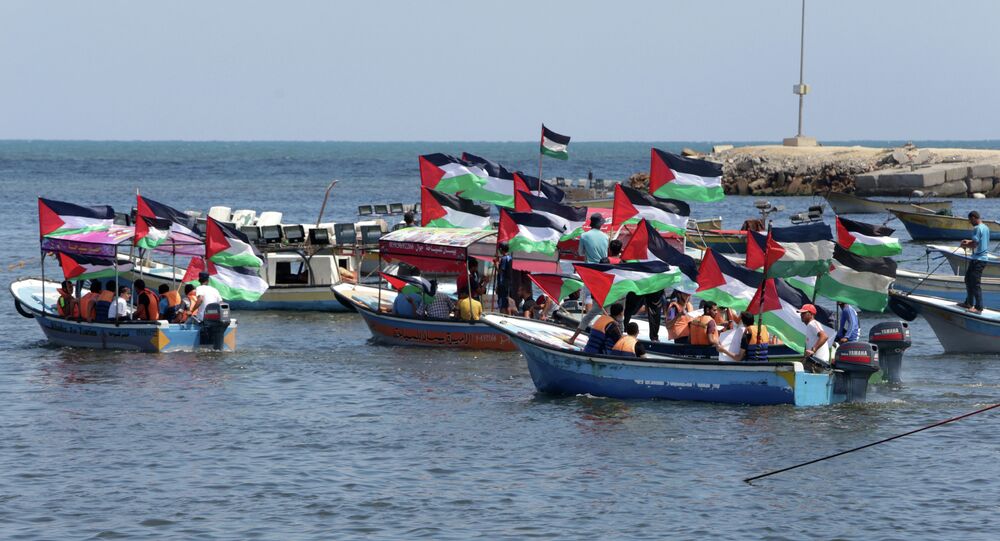 The arrival date for the so-called Gaza Freedom Flotilla on the shores of the Gaza strip has not been defined, Basel Gatas, a member of the Israeli parliament from the United Arab List party and a co-organizer in the movement, told Sputnik Thursday.

© AFP 2020 / JEAN-PHILIPPE KSIAZEK
Gaza Freedom Flotilla Ship Sabotaged in Greece – Pro-Palestinian Activist
MOSCOW (Sputnik) – The Freedom Flotilla, a convoy of ships with humanitarian aid and activists aboard, departed Sweden in June, in a bid to break Israel’s naval blockade of the Gaza strip, according to the organizers.

It is the third large-scale attempt to bypass the Gaza strip blockade.

According to Gatas, their actions pursue exclusively peaceful and political goals to draw attention to the humanitarian tragedy in the region exacerbated by the blockade.

"If there has been any violation of the law, it is the blockade itself, which is akin to a war crime," Gatas highlighted.

Israel imposed its blockade on Gaza in 2006 after an Israeli soldier was captured by Hamas militants. The blockade was strengthened in 2007, when Hamas took control of Gaza.

Since 2010, ships from a number of countries have made unsuccessful attempts to break the naval blockade. The organizations participating in the Free Gaza Movement include the Turkish Foundation for Human Rights and Freedoms and Humanitarian Relief (IHH).

On May 31, 2010, the Israeli military attacked a six-ship flotilla, killing ten Turkish nationals and injuring at least 30 others. Turkey received an official apology for the tragic incident from Tel-Aviv only after three years had passed.

Israel Reopens Checkpoints on Border With Gaza After Recent Attack