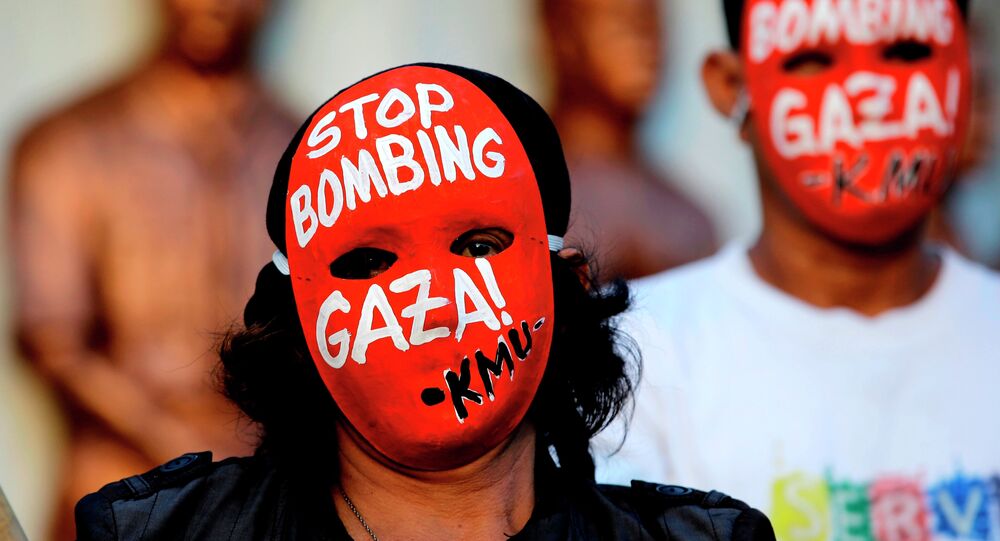 Palestine is to provide ICC with the detailed information on numerous crimes committed by Israel Thursday, Palestinian Foreign Minister said.

© REUTERS / Aziz Taher
Is Israel Trying to Disrupt Iran Deal by Waging War Against Hezbollah?
According to The Guardian newspaper, Maliki will present the documents, accusing Israel of war crimes among other things, on Thursday.

Maliki's submission of the documents will come shortly after a UN Independent Commission of Inquiry report on the 2014 Gaza Conflict revealed on Monday that both Israel and Palestine committed actions that may prove to be war crimes.

In July 2014, Israel launched operation Protective Edge as a response to the deaths of three Israeli schoolboys. Israel accused the Palestinian Islamic organization Hamas of being responsible for the deaths. On August 26, the Palestinian Authority and Israel agreed to an open-ended ceasefire.

According to the UN report, some 2,251 Palestinians were killed, 1,462 of them civilians. The conflict is estimated to have claimed the lives of six civilians and 67 soldiers in Israel, the study said.

The Palestinian Authority became a full-fledged member of the International Criminal Court on April 1, 2015.

The move to apply for ICC membership came after the UN Security Council failed to pass a resolution on the creation of a Palestinian state.

Israeli Prime Minister Benjamin Netanyahu vowed in January to respond to the Palestinian accession to ICC with a media campaign against the court, which is currently conducting a probe into allegations of war crimes committed by Israel during their military campaign in Gaza.