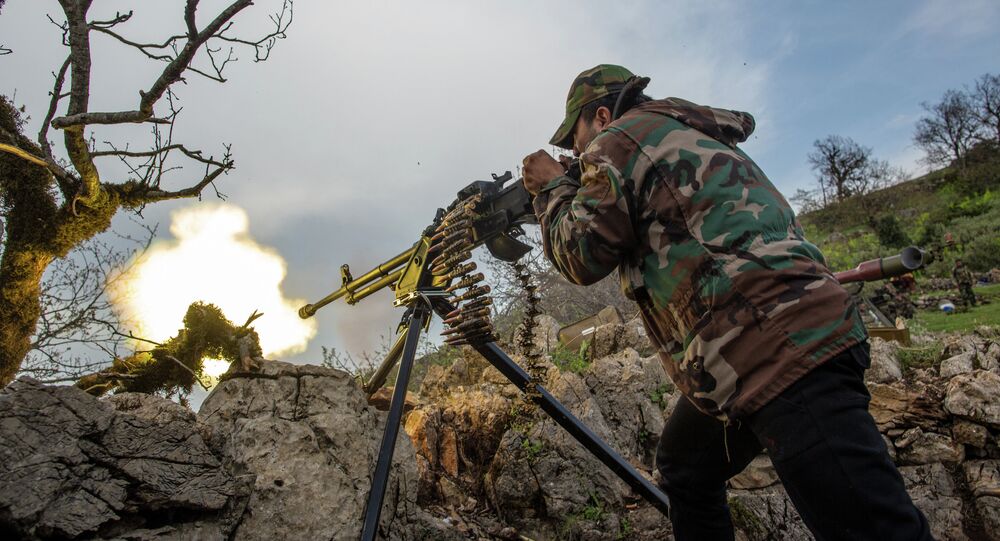 According to the chairman of the Independent International Commission of Inquiry on the Syrian Arab Republic, military involvement of third-party countries in the ongoing Syrian civil war has escalated the armed conflict.

"The external actors have flooded the warring parties they support with money, fighters, and weapons. This has only fed a brutal escalation of the armed violence that continues to take the lives of Syrian civilians," Pinheiro said during the 29th session of the UN Human Rights Council.

Pinheiro noted that some external players have become more militarily engaged in the conflict.

"Influential states have acted with equivocation in their efforts to extinguish the conflict in Syria. While upholding the need for a political solution, some have deepened their military involvement, accentuating the internationalization of the conflict," Pinheiro added.

The International Commission of Inquiry on Syria, established by the UN Council of Human Rights four years ago, is tasked with investigating violations of international law, war crimes and crimes against humanity.

According to recent data on events occurring between March 15 and June 15, the commission found that the main cause of civilian deaths, mass migrations and destruction in Syria is targeted attacks on civilians, as well as indiscriminate and disproportionate attacks and blockades.

Syria has been in a state of a civil war since March 2011, with government forces battling several militant groups in the country. According to the UN, the humanitarian crisis is currently the world's most severe, with over 220,000 people killed and over 11 million displaced.