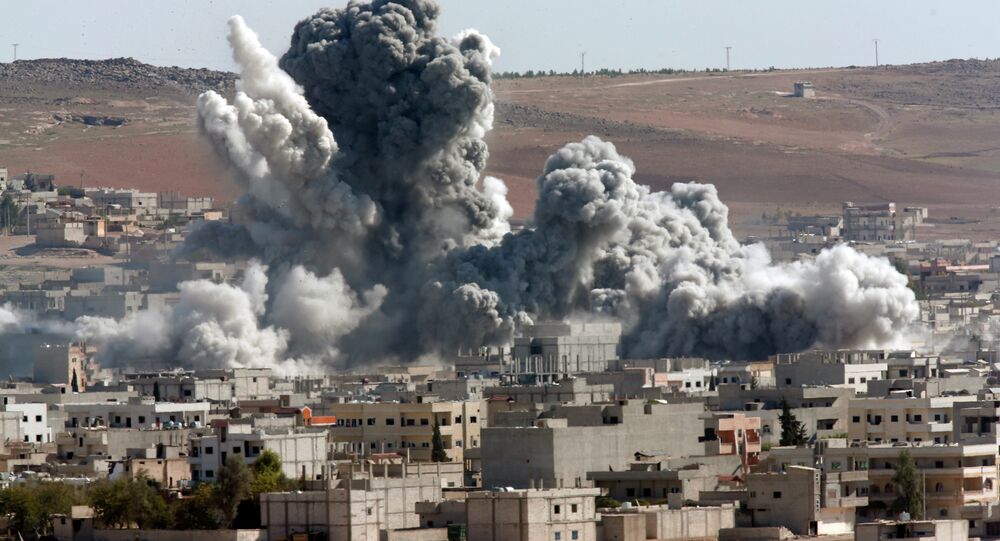 According to Syrian Observatory for Human Rights (SOHR) said that airstrikes by the US-led coalition against Islamic State (ISIL) positions in Syria have killed almost 3,000 people, including civilians, since the launch of its operations.

At Least 26 ISIL Militants Killed in Airstrikes in Northern Syria
MOSCOW (Sputnik) – Airstrikes by the US-led coalition against Islamic State (ISIL) positions in Syria have killed almost 3,000 people, including civilians, since the launch of its operations, the Syrian Observatory for Human Rights (SOHR) said Tuesday.

The monitor stated that it had documented the deaths of 2,896 people from September 2014 until Tuesday morning. As many as 162 of those killed were civilians, including 51 children.

Most of those killed in the attacks were Islamic State militants, while over 100 were insurgents belonged to other extremist groups, such as the al Nusra Front.

According to the SOHR, the real number of casualties is likely to be higher, as the militants conceal the numbers of people killed in airstrikes.

The Islamic State is a militant jihadist group which has taken over large parts of Iraq and Syria.

The US-led international coalition has been launching airstrikes against the group's positions in Iraq since August 2014, expanded the attacks to include ISIL targets in Syria in September 2014, without coordinating its actions with the recognized government in Damascus.

Several other insurgent groups operate in civil war-torn Syria, such as the al-Qaeda affiliated Nusra Front.

ISIL Tunnel Discovered by Kurdish Fighters Near Border With Turkey