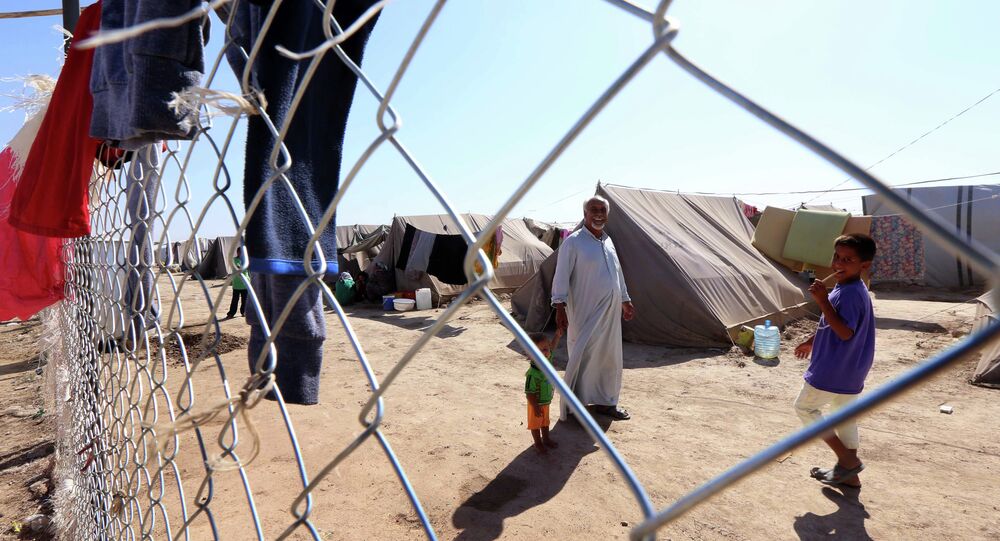 NGO Says Over 3Mln Have Become Internally Displaced in Iraq in 1.5 Years

The number of people internally displaced in Iraq over the past 1.5 years has exceeded three million, International Organization for Migration (IOM) spokesman Joel Millman said Tuesday.

© Sputnik / Alexander Astafyev
Iraqi PM: About 40 Foreign Suicide Bombers Enter Iraq Every Month
GENEVA (Sputnik) – The most recent IOM data revealed that more than three million people from 514,562 families had to flee their homes in Iraq between January 2014 and June 2015, Millman said at a press briefing.

According to IOM, the majority of internally displaced people have fled the provinces of Anbar, Nineveh and Salah ad Din, where the Islamic State (ISIL) militant group is active.

The IS seized vast swaths of Iraq and Syria in 2014, seeking to establish a caliphate ruled by strict Sharia law on the territory under its control.

In Syria, the number of internally displaced people has reached over 7.6 million since the country’s government entered into a civil war with a number of militant groups, including the ISIL, in 2011, according to the latest UN data.