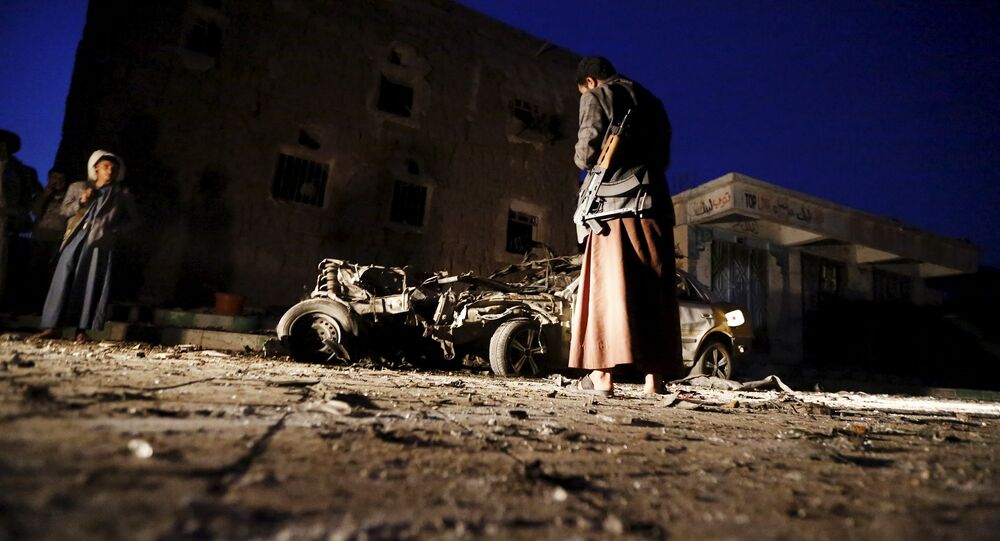 Yemen Hit by Bombings on the Eve of Ramadan

At least four car bombings have hit mosques in Sanaa on the eve of Ramadan, up to 20 people may be dead.

The blasts are believed to have come as Saudi-led forces conducted more air strikes against Houthis and as it turned out there is almost no hope for truce during the UN-sponsored talks.

One health official confirmed that at least 23 people had died, according to BBC, but death toll is likely to rise further. Sources in the local police say dozens may be injured.

A building reportedly used as the headquarters of Houthi militia was also hit.

Al-Hashush - one of the targeted mosques - was attacked in March in a series of suicide bombings by the Islamic state that killed 142 people then.

Explosive devices also went off at other mosques. All the attacks were planned to coincide with Muslim sunset prayers.

Pictures posted on Twitter showed flames leaping from the site of one of Wednesday's blasts as locals said ambulances were rushing to the attack scene.

UN Secretary-General Ban Ki-moon called for a two-month ceasefire on Monday to mark the month of Ramadan, observed from June 18 to July 16.

The first day of talks in Geneva between various Yemeni factions, with a total of 18 groups in attendance, was held on Monday without Houthi representation. Houthi delegates were held up on a plane in Djibouti en route to Switzerland in what they described as Saudi Arabia's attempt to disrupt the negotiations.

The Shiite group, however, refuses to engage in dialogue with President Hadi's envoys, claiming he has no legitimacy in the country. Hadi fled to Riyadh after Houthi rebels captured Sanaa earlier this year.

Leader of Al-Qaeda in Yemen Killed in US Strike