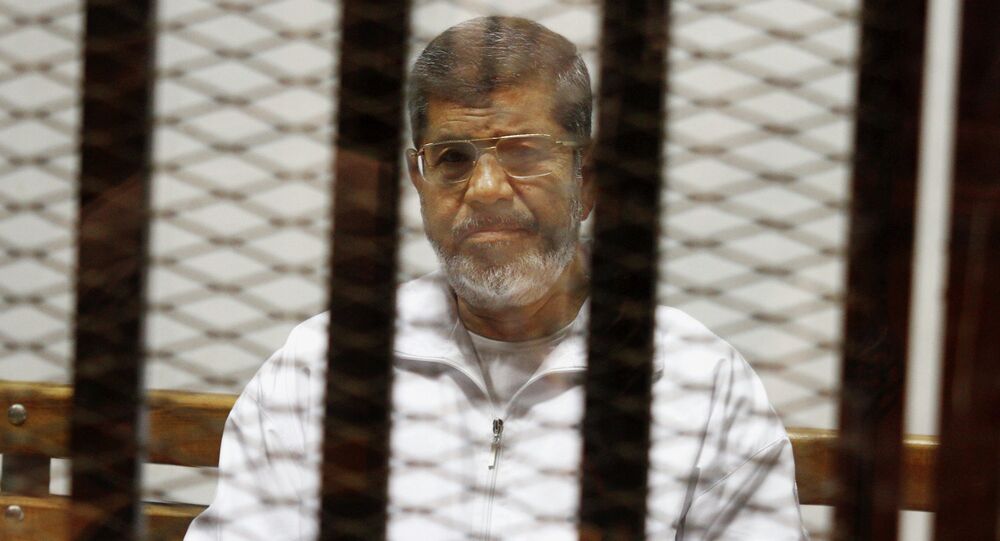 Ban Ki-Moon called Egyptian government to impose a moratorium on death penalty following the confirmation of death sentence to Mohamed Morsi and 100 defendants.

"The Secretary-General urges the Government of Egypt to ratify the second optional protocol of the International Covenant on Civil and Political Rights and to impose a moratorium on the death penalty," the office of the Spokesman for UN Secretary-General said in a statement.

On Tuesday, the Cairo Criminal Court confirmed its death sentence ruling for Morsi, accused of escaping prison in January 2011. The court sentenced Morsi and two of his Muslim Brotherhood allies to hanging. Earlier on Tuesday, Morsi received life imprisonment for allegedly spying for foreign intelligence services.

The UN statement noted, that according to Ban Ki-Mon such verdicts "may well have a negative impact on the prospects for long-term stability in Egypt." The secretary-general called on Egyptian authorities to ensure that those sentenced to death are able to use their right to appeal and be guaranteed a fair trial.