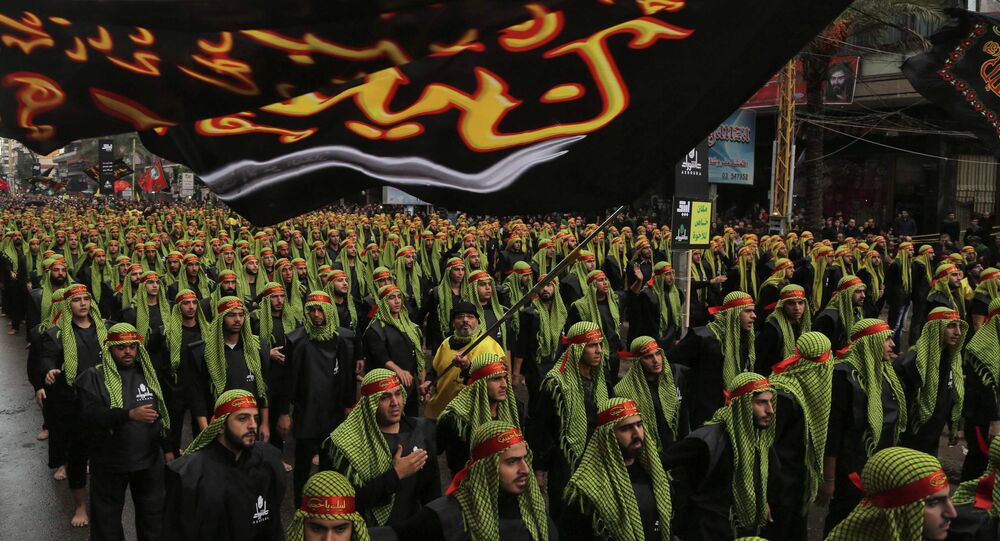 As US experts released an article saying that Tel Aviv is planning to go to war with Hezbollah in Lebanon, Israeli newspaper bashes the claims saying that such claims are one of the reasons that rush governments into war with countries like Iraq, Lebanon and Palestine.

According to President of National Iranian American Council Trita Parsi and expert on Middle East Paul Pillar, Israel is planning to go to war with Hezbollah in Lebanon this summer.

The experts behind such claims suggest that Israel might do that to disrupt the signing of the deal on Iran's nuclear program.

Upon hearing such claims the Israeli newspaper ‘Maarvi’ stressed that the academic’s predictions are "even more stupid than the assumption that John Kerry broke his leg on purpose to delay the talks."

The newspaper elaborates that behind such notions stand the same intellectual circles, which rushed the United States into war with Iraq and Israel to fight with Lebanon and Palestine.

The authors of the article, which suggests that Israel will wage war against Hezbollah, suggest that the deciding factor may be an Israeli calculation that war will shift momentum in the US Congress decisively against the pending nuclear deal with Iran, a deal that critics say will increase Iran's maneuverability in the region, including its support for Hezbollah.

© AP Photo / Vahid Salemi
Fanning the Flames: West Stirs Regional Crisis to Increase Israel’s Safety?
In support of their claims the authors cite the example of the war in Lebanon in 2006 as a similar scenario which will allow supporters of Israeli Prime Minister Benjamin Netanyahu in US Congress to oppose Obama.

The Israeli newspaper blasts such notions by reminding the authors that the second Lebanon War began with threats and attacks by Hezbollah, by kidnapping of the bodies of soldiers and so on.

Maarvi further says that scenario now is totally different and the US authors are making claims on the basis of unfounded speculation.

The newspaper mentions that, fortunately, in Israel there is a serious constraint which can curb their leaders such as Netanyahu.

Israeli military intelligence reports regularly about the strength of Hezbollah. Recently, the country's intelligence claimed that the group is capable of launching over 1,200 missiles per day.

According to the Israeli newspaper, this knowledge of Hezbollah’s capacity must be known to the population and force politicians to think twice before each step.

Maarvi bashes the US analysts' article by further saying that such an opinion on the possibility of war has been around since 2000 and has not changed much.

“Such decisions are made by the right-wing radicals, for them the war is under no pretext or the result of some provocation, it is almost a ‘Pavlovian’ reflex,” Maarvi wrote.

“Everyone who does not want a repetition of a senseless war, must again and again sound the alarm so that we are not taken by surprise and do not fall under hail of missiles,” the Israeli newspaper concluded.