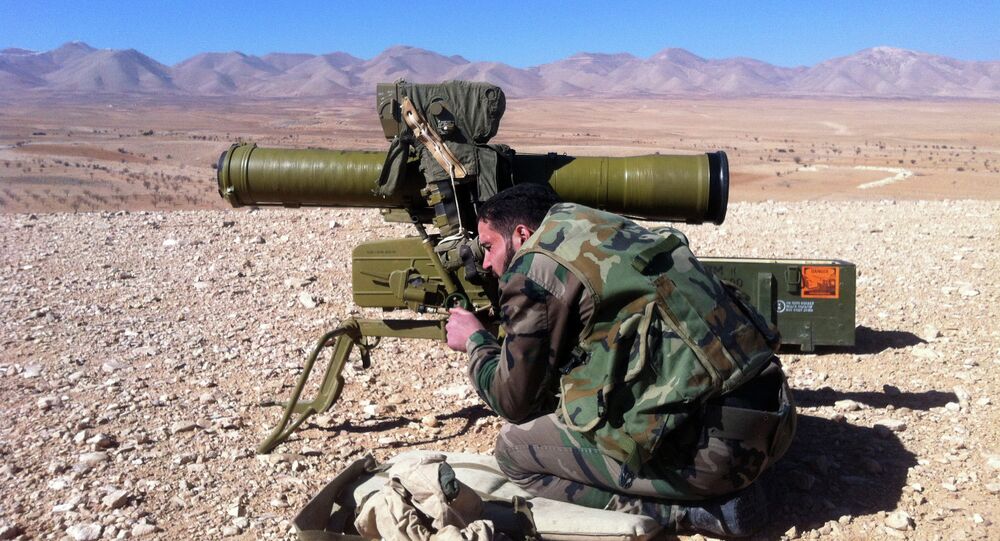 The Syrian Army assisted by Hezbollah fighters cleared two key hilltops on the border between Syria and Lebanon as part of a major campaign to rid the 60-mile area of Qalamoun of extremists, FNA reported.

© Sputnik / Mohammad Alaeddin
A Day Fighting Extremism With Hezbollah
One of the hilltops, known as Jreijeer, served as the local Islamic State stronghold, while the other one, Shamisa al-Hosan, linked Jreijeer to the al-Flita hilltop.

Qalamoun has seen fierce fighting between the government forces and the fighters from the Lebanon-based Shiite movement on one side and Sunni militants, fighting to dislodge Syrian president Bashar al-Assad, on the other.

Al-Nusra, an offshoot of al-Qaeda in Syria, as Islamic State need control over the area to secure routes into Lebanon they could then use to restore supplies, including weapons and fighters, or infiltrate the country.

What victory looks like: Hezbollah soldier relaxing after victory today in the Qalamoun Mountains: pic.twitter.com/NV83yixbqm