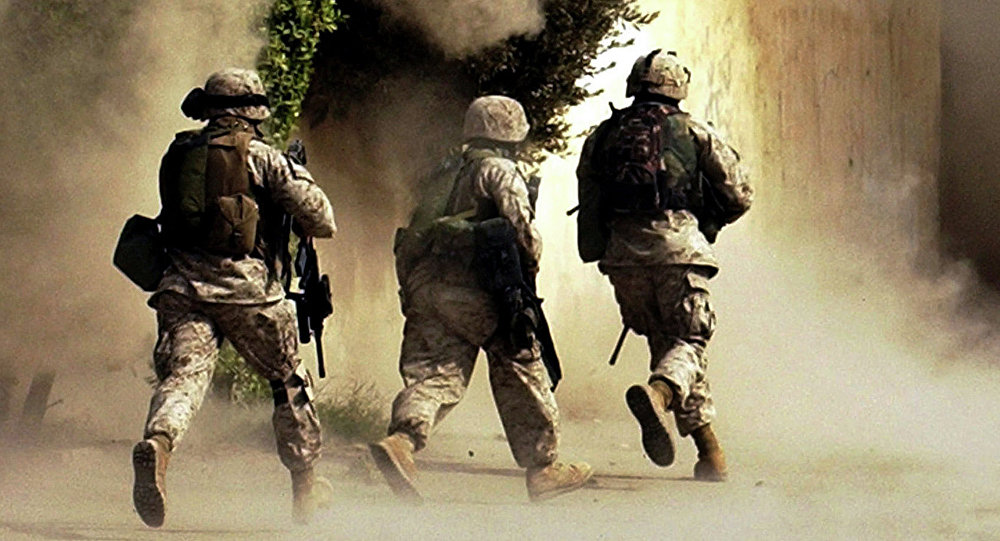 White House announced that US President Barack Obama has approved sending up to 450 military personnel to train local Iraqi forces.

“To improve the capabilities and effectiveness of partners on the ground, the President authorized the deployment of up to 450 additional US military personnel to train, advise, and assist Iraqi Security Forces at Taqaddum military base in eastern Anbar province,” the statement said.

The White House explained that the decision was made following a request from Iraq’s Prime Minister Haider al-Abadi, and upon the recommendation of US Defense Secretary Ash Carter and Joint Chiefs of Staff Chairman Martin Dempsey, and received “unanimous support” of Obama’s national security team.

The United States currently has 3,000 troops in Iraq in a training capacity and continues to carry out airstrikes on ISIL positions in Iraq, as well as Syria, where the Sunni radicals have also ceased vast territories.

The airstrikes are part of international US-led coalition efforts to eradicate ISIL, which has become notorious for its brutal tactics and beheadings of western journalists. The coalition was formed by Obama in September 2014, and its military action has been limited to airstrikes.

On the ground, ISIL fighters are being opposed by Iraqi forces and Kurdish militia. However, despite the joint efforts, ISIL has recently made advances in Iraq, capturing Ramadi, the capital of Anbar Province located some 80 miles west of Baghdad.