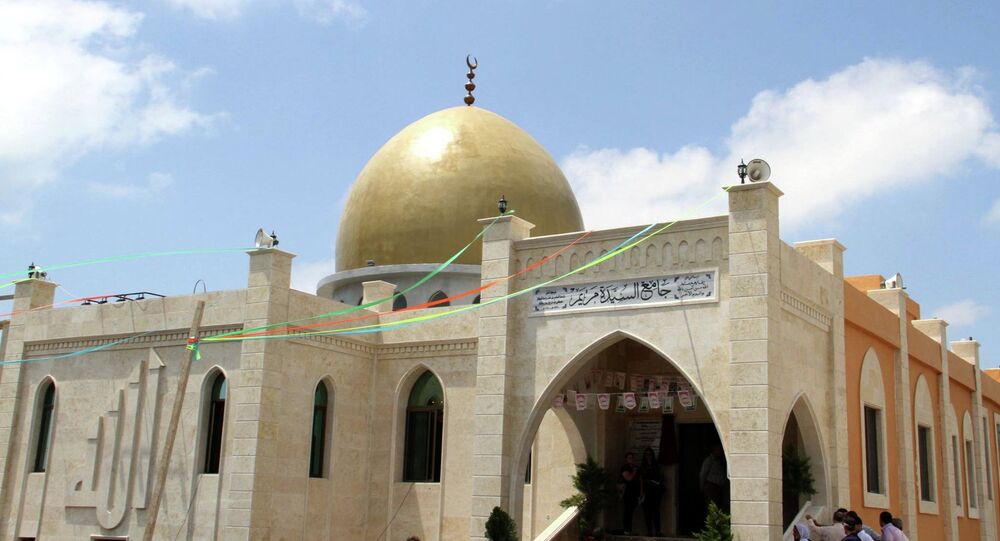 Muslims in the Syrian city of Tartous have inaugurated a mosque named after the Virgin Mary, the Syrian Arab News Agency has reported. Observers called the opening a symbol of peace and religious tolerance between the country's multiethnic, multi-confessional society.

Speaking at the inauguration, Syrian Minister of Religious Endowments Mohammad Abdul-Sattar al-Sayyed noted that this was the first time in the Muslim world when a mosque has been named after the Virgin Mary, mother of Jesus Christ. He added that the mosque embodies calls for amenity and fraternity between Syrians of all faiths.

Al-Sayyed noted that Syria is one of the places where Islamic culture and architecture originated, adding that Syrians of all confessions deplore and condemn the barbarity with which ultra-extremists from ISIL and other terrorist groups operating inside Syria demolish and deface places of worship.

Tartous and Lattakia Maronite Patriarchate representative Antoine Deeb noted that the symbolic gesture of naming the Mosque after Mary shows that Islam and Christianity share the messages of peace and love.

© Photo : Facebook/SyrianArabNewsAgencySana
Officials took turns speaking at the inauguration of the mosque named after the Virgin Mary in Tartous, Syria.

In Islam, Mary is considered to be one of the most righteous, chaste and virtuous women, and is the only woman to be mentioned by name in the Quran. As in the Christian faith, the Quran states that Jesus was born of virgin birth. While Islam does not consider Jesus or Mary to have been divine, Jesus is considered to be a messenger of God, and serves as one of the major prophets of Islam.

© AP Photo / STR
ISIL Uses Chemical Weapons, Works to Obtain Nukes
Syria, home to a multitude of ethnic and religious groups, has been engulfed in a brutal war against Islamic State, al-Qaeda-affiliated al-Nusra Front and other insurgent groups for over 4 years. Several rounds of reconciliation talks have been held in Geneva and Moscow with the so-called moderate opposition to President Bashar al-Assad, but these have yet to bring any substantive results. The conflict is now believed to have claimed the lives of over 220,000 people, and has forced millions of others to flee the fighting.
...
Reddit
Google+
Blogger
Pinterest
StumbleUpon
Telegram
WhatsApp
404