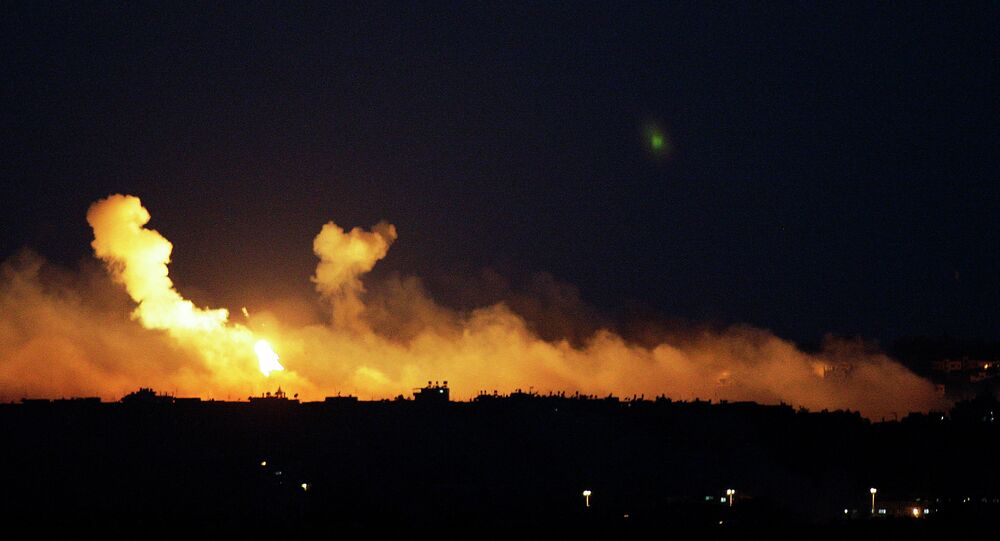 Israel has reportedly launched an air strike on the Gaza Strip in response to the latest rocket attack to have been launched by Islamists within the Palestinian exclave against southern Israel.

© Flickr / Israel Defense Forces
Gaza-Launched Rocket Hits Coastal City in Southern Israel
An airstrike on the Gaza Strip has been staged by the Israeli military in response to a rocket attack directed against southern Israel from Gaza on Sunday morning, sources said.

There were no initial reports of casualties and it was not immediately clear what the targets of the airstrikes were.

In a statement on Sunday, the Israel Defense Forces confirmed that they had struck "terror infrastructure" targets in northern Gaza.

A Jihadist Salafi group which supports the Islamic State has taken responsibility for the rocket attack.

© AFP 2020 / SAID KHATIB
Egypt to Open Border Crossing With Gaza For 2 Days
Israel, in turn, pointed the finger at Gaza's Hamas rulers, saying that it will close its border crossings into Gaza in connection with the rocket attack, the third such incident in the past few weeks.

"The defense minister has instructed that the two crossings be closed. A decision to reopen the crossings will be made based on a situation assessment and in accordance with security considerations," the statement by the Israel Defense Forces said.

The statement came after at least one rocket fired from Gaza landed in an open area near Ashkelon, where residents said that they heard at least one explosion.

Russia, Israel to Jointly Develop Onboard Electronics for MS-21 Aircraft