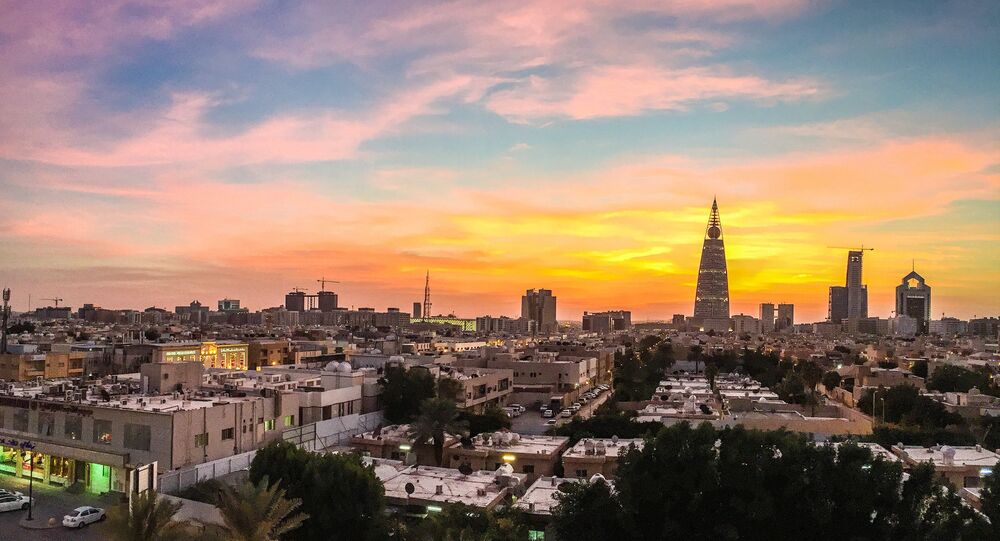 Just as details of a secret alliance between Saudi Arabia and Israel against Iran begin to emerge, a new survey reveals that it isn’t just the Saudi government that’s changing its tone on the Jewish state: it’s also the Saudi public.

© AP Photo / Ronald Zak
Saudi Arabia, Israel Finally Admit They’re Holding Secret Talks to Impede Iran
For as long as the Jewish State has existed, Israel and Saudi Arabia haven’t exactly been on the best of terms. The Saudi government is a known advocate for a Palestinian state and even refuses to recognize the existence of Israel. In fact, under a 2004 law, Palestinian residents of the desert kingdom are not eligible for Saudi citizenship in order to preserve "their identity and protect their right to return to their homeland."

It seems, however, the perceived threat of Iran is enough to override the Kingdom’s long-held support of the Palestinian cause.

On Thursday, a retired Saudi general stood alongside Dore Gold, the next director of Israel’s foreign ministry, at the Council of Foreign Relations in Washington  to demonstrate the two countries’ union in the face of an alleged Iranian threat.

"Our standing today on this stage does not mean we have resolved all the differences that our countries have shared over the years," Gold said at the meeting. "But our hope is we will be able to address them fully in the years ahead."

While the two officials may present a politically motivated allegiance between the longtime foes, a recent survey reveals that the perceived threat of Iran has become so prevalent in the desert kingdom that it is now shared by the general public.

The survey was conducted by the Interdisciplinary Center (IDC) in Herzilya in conjunction with the University of Wisconsin-Milwaukee. It consists of phone interviews with 506 Saudi residents, all of which were conducted in Arabic.The results, obtained by the Associated Press, reveal a surprising new shift in Saudi public opinion.

Over half of the respondents, at 53%, named Iran as the country’s main adversary, with a majority saying Saudi Arabia should seek nuclear weapons to counter the Islamic Republic’s perceived nuclear threat. By contrast, only 18% said they viewed Israel as a threat. In fact, about a quarter of respondents said Israel and Saudi Arabia should join forces against the regional Shi’ite power.

"What we think here in Israel about the Saudis is not exactly what they are," Alex Mintz, who heads IDC’s Institute for Policy and Strategy said. "There is a great identity of interests and threats and agendas…some would even like to join forces with Israel."

The survey also seems to indicate that Saudis’ fear of Iran is so great that quite a few actually prefer the self-proclaimed Islamic State (IS).

According to the results, only 22% of the respondents said they viewed the terrorist group as a threat, making IS much less threatening than Iran and only slightly more of an adversary than Israel in the eyes of the Saudi public.

Considering the fact that Saudi Arabia has already been targeted twice by IS militants, the results are rather alarming. In two separate incidents, two Shi’ite mosques in the kingdom’s Eastern province were targeted by suicide bombers, killing 25 worshippers. Both attacks were claimed by IS militants.

"This is really a Sunni-Shi’ite divide and it has nothing to do with Israel and their focus has shifted,” Mintz said. “There is a commonality of interests between Saudi Arabia and Israel right now that the Israeli government should take advantage of and capitalize because it is unique in the history of the two states."

While there may be some truth to Mintz’s comments, the analyst may have forgotten that Riyadh has its own Shi’ite minority to account for. Based on the survey results, however, it seems that the Saudi public has too.