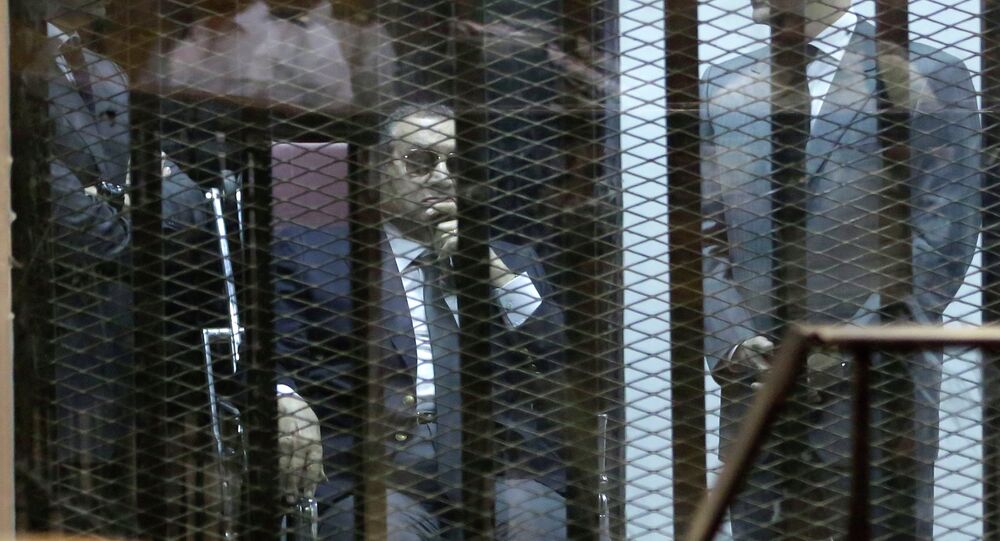 Ex-President of Egypt Hosni Mubarak is likely to be acquitted of charges related to an alleged role in protester deaths during a 2011 anti-government uprising, Mubarak's lawyer Farid Deeb said Thursday.

CAIRO (Sputnik) — In 2012, Mubarak received a life sentence over his alleged involvement in the murder of 846 protesters during the Arab Spring protests. An appeals court later ordered a retrial, and the case against Mubarak was dropped. On Thursday, an Egyptian court accepted the public prosecution's appeal for another retrial.

"This court procedure will take five minutes. Since Mubarak was accused for inciting the killing of protesters along with former Interior Minister Habib Adly and other senior officials of the Interior Ministry and intelligence agencies, who today were finally acquitted of all charges, he is also subject to justification according to the Egyptian law," Mubarak's lawyer told RIA Novosti.

© AP Photo / Tarek el Gabbas
Egypt’s Official Dismisses Reports of Mubarak's Release From Jail
Mubarak was arrested in 2011, shortly after his presidency was overthrown during the Arab Spring. In November 2014, a Cairo court acquitted Mubarak and his sons of all charges.

The ex-interior minister and six of his aides, charged with Mubarak, were also acquitted, triggering public discontent and forcing the General Prosecutor's Office to appeal the court's decision.

Mubarak is set to stand a second and final retrial in the case on November 5.