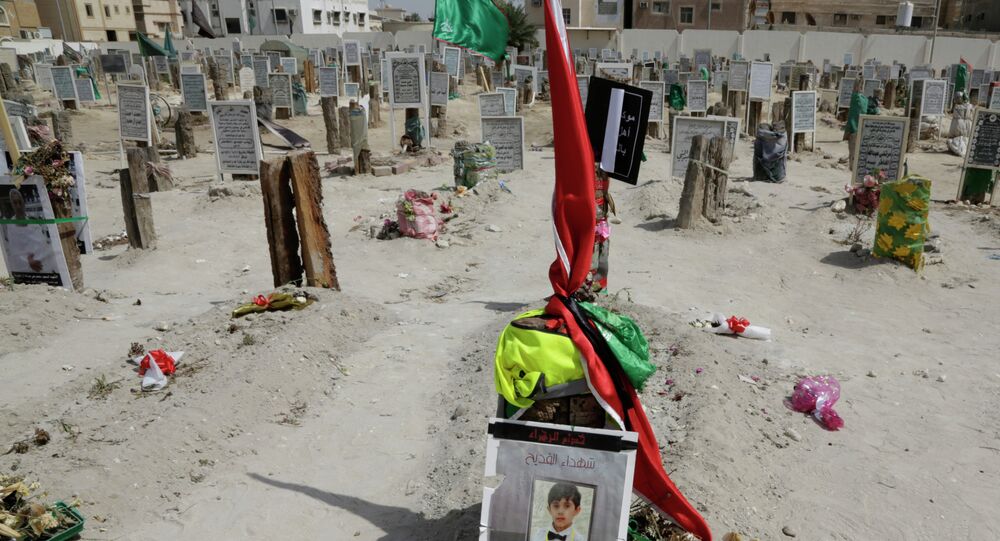 The Saudi branch of the Islamic State has reportedly called on the kingdom's youth to join its ranks, and has vowed to clear the region of Shiites.

The so-called Najd Province group, a Saudi branch of the Islamic State, has urged young Saudis to take up the cause of clearing the region of Shiites; the call comes after the Sunni militant group staged two deadly attacks on Shiite mosques in Saudi Arabia earlier this month, sources said.

© REUTERS / Stringer
People examine the debris after a suicide bomb attack at the Imam Ali mosque in the village of al-Qadeeh in the eastern province of Gatif, Saudi Arabia, May 22, 2015

In a 13-minute long audio message, the group defended attacks on Shiite Muslims, saying that Shiites should be "killed everywhere."

A group spokesman is heard saying in the audio that the Islamic State "has ordered its soldiers everywhere to kill the enemies of religion, especially the Rafidha (Shiites)."

The message went as far as to say that "it is a duty upon us to kill them … and even to purify the land from their faith."

Separately, the message urged Saudi Arabia's youth to join the Islamic State in order to contain the "Shiite threat."

The majority of the Shiite population in Sunni-dominated Saudi Arabia resides in the country's eastern areas.

A total of 25 people were killed in two separate suicide bombing attacks on Shiite mosques in eastern Saudi Arabia on May 22 and May 29.

© AFP 2021 / Tauseef MUSTAFA
Islamic State Seeks to Divide Saudi Arabia Into Five Parts
The Islamic State, which has managed to seize huge swathes of territory in Syria and Iraq, has claimed responsibility for the bombings.

A day after the first suicide attack, Saudi Arabia's King Salman pledged to punish those responsible for the bombing; he harshly condemned what he described as a "heinous terrorist attack" that he said runs counter to Islamic and human values.

He added that "our efforts will never stop… fighting the deviant thought, confronting the terrorists and wiping out their hotbeds."

US Citizen Pleads Guilty to Attempting to Support Islamic State