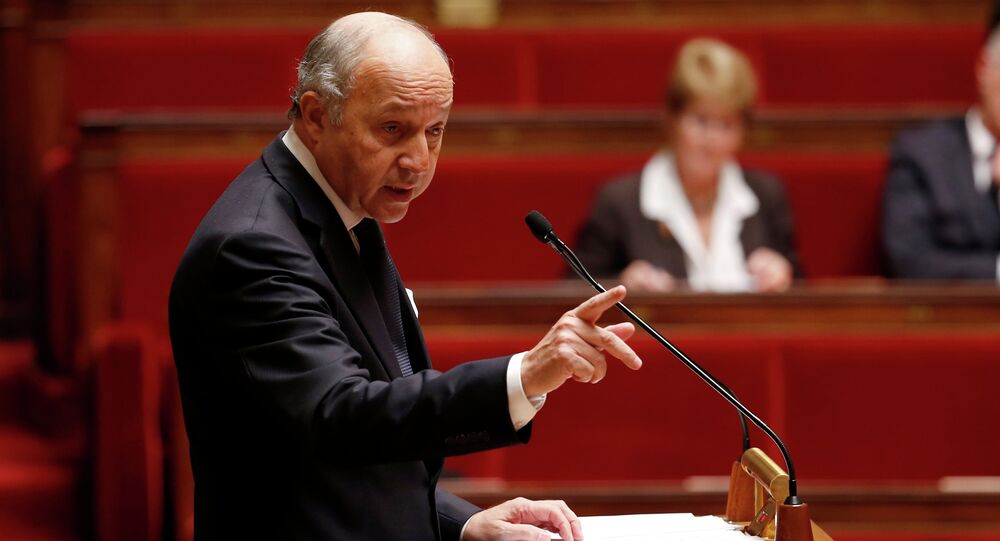 France will oppose a nuclear agreement with Iran if it does not allow inspections of its military sites, Foreign Minister Laurent Fabius warned on Wednesday.

© Sputnik / Mihail Mokrushin
North Korean Experts Visit Iran’s Nuclear Sites – Report
An agreement "will not be accepted by France if it is not clear that verifications can be made at all Iranian facilities, including military sites," Fabius told parliament, The Local reported.

But IAEA head Yukiya Amano told AFP on Tuesday that Tehran  had agreed to implementing the Additional Protocol of the Nuclear Non-Proliferation Treaty (NPT) that allows for snap inspections of its nuclear facilities, and if required, military sites.

However, Iran appears to be interpreting the protocol differently, with Foreign Minister Mohammad Javad Zarif arguing that the protocol allows "some access" but not inspections of military sites, in order to protect national "military or economic secrets.”

Iran and the P5+1 group of international mediators  have been engaged for nearly two years in negotiations on Tehran's nuclear program.

The deal is aimed at preventing Iran from developing a nuclear weapon in exchange for an easing of hard-hitting economic sanctions.

The two sides signed a framework agreement on April 2 and began meeting in Vienna on Wednesday to put finishing touches to the deal which is due by June 30.