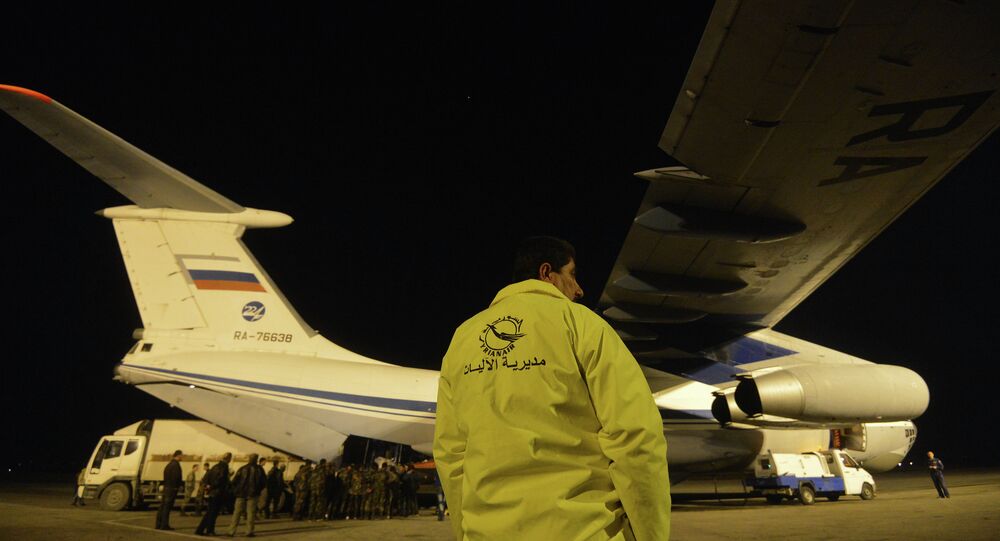 A Russian plane will deliver humanitarian aid to Syria, evacuating Russian citizens on its way back from the conflict-torn country, a spokesperson of the Russian Emergencies Ministry said on Thursday.

MOSCOW (Sputnik) – The plane is expected to bring back around 90 Russian citizens, as well as nationals of other countries, from Latakia.

"The departure of the [Ilyushin/Candid] Il-76 plane is planned for the morning of May 28. By order of the Russian government the special aircraft will deliver over 21.5 tonnes of humanitarian cargo to Syria’s [port city of] Latakia – food products, including canned meat and fish, sugar, baby food, as well as first necessity items."

The evacuation is being organized amid ongoing violence in Syria, which has taken the lives of over 220,000 people forcing millions of others to flee their homes, according to UN data.

The Syrian army has been fighting against several opposition and rebel groups, including Islamic State radicals and the al-Nusra Front (Jabhat al-Nusra), since the start of a civil war in the country in 2011.