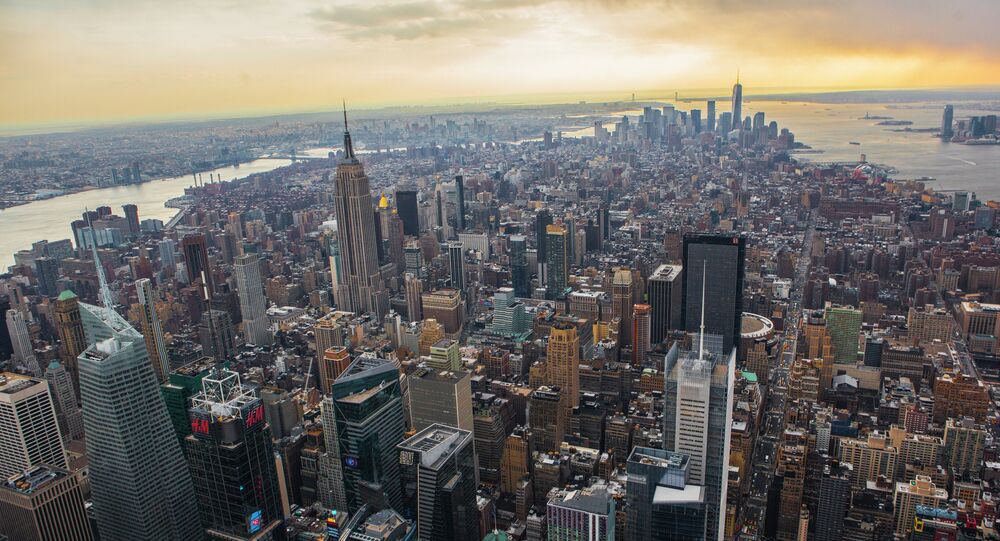 The United States better do a good job fighting Islamic State in the Middle East, otherwise Americans will have to deal with nuclear-armed terrorists on the American soil within a year, Press TV reported.

Islamic State is determined to carry out a terrorist attack inside the United States next year using nuclear weapons obtained from Pakistan, Press TV said.

Terrorists said in their English-language online magazine Dabiq that they plan to buy nuclear weapons in Pakistan and smuggle them into the United States via its southern border with Mexico.

© Sputnik
Threat of ISIL Chemical Attack Real for Europe – Ex-Top Military Official
British photojournalist John Cantlie, who was kidnapped by ISIL in 2012 and still remains a hostage, described the entire process in his article.

First, ISIL will purchase a nuclear device in Pakistan through arms dealers with links to corrupt officials. Then, the weapon will be transported overland to Libya. From there, the jihadists will move it south to Nigeria, where Boko Haram still controls large swathes of land.

Then, the weapon will get shipped from West Africa to Colombia. Next, ISIL will move the weapon through Central America with the help of local radical groups.

"From there it's a quick hop through a smuggling tunnel and hey presto, they're mingling with another 12 million "illegal" aliens in America with a nuclear bomb in the trunk," Cantlie said.

© AP Photo / STR
Hypocrisy? The US Shows Its Own Lack of Will When It Comes to ISIL
ISIL is a Sunni insurgent group that currently controls large parts of Iraq and Syria. The terrorists have also gained a foothold in North Africa, Nigeria and some parts of Central Asia, where local radical groups pledged their allegiance to ISIL.

Cantlie argued that ISIL currently has both resources and influence to carry out such an operation. He also said that US policies against ISIL have failed and despite military action taken by the Obama Administration, the terrorist group keeps gaining more ground.

Iraq Hopes for Russia to Supply Arms, Ammunition to Fight Against ISIL