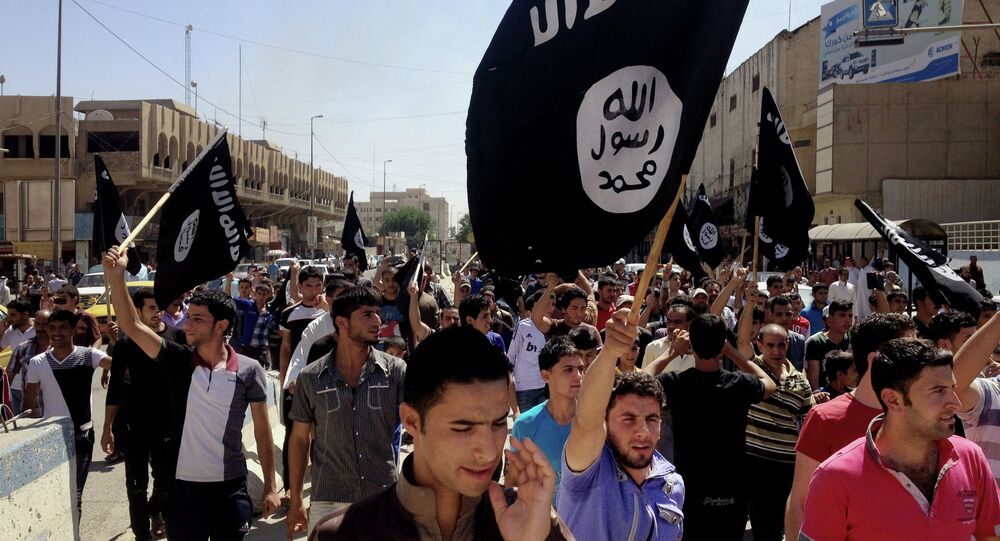 The US was caught up in its own hypocrisy, one moment accusing the Iraqi army of lacking the will to fight the self-proclaimed “Islamic State,” reversing course to then praise Iraq. However, the self-debate prompts the question: What is the US doing?

The Memorial Day Weekend back-and-forth over the Iraqi military’s efforts against ISIL started with comments by Secretary of Defense, Ash Carter, that aired Sunday.

"What apparently happened is the Iraqi forces just showed no will to fight," Carter said. "They were not outnumbered; in fact, they vastly outnumbered the opposing force. That says to me, and I think to most of us, that we have an issue with the will of the Iraqis to fight ISIL and defend themselves."

For review:  “Iraqi forces just showed no will to fight.”

This hasn’t been the first time that the Iraqi military has been accused of effectively retreating from their positions in the face of ISIL. Last summer, US media made much of the Iraqi military’s retreat from Mosul, the nation’s second-largest city, that gave ISIL it’s biggest foothold in Iraq and positions close to the capital, Baghdad. The Iraqi forces were believed to have numbered several times that of the ISIL attackers but there were not strength in numbers, it turned out.

Iraqi soldiers, at that time, blamed senior officers for “abandoning” them on the front.

Carter’s comments would be the first ostensibly “official” statement blaming Iraqi forces and, not surprisingly, they prompted protest from Iraq. Iraq President Haider al-Abadi immediately responded saying that Carter has been “fed the wrong information.”

“We should not judge the whole army based on one incident.”

© AP Photo / Office of the Iranian Supreme Leader
Iran Left Battling ISIL Alone as US-Iraq Alliance Disintegrates
In a commonly-seen effort to fix the damage, Vice President Joe Biden called Abadi and said the US "recognized the enormous sacrifice and bravery of Iraqi forces over the past 18 months in Ramadi and elsewhere," according to a statement from the White House.

However, the exchange has generated a question:  Who is the US to criticise?

Iran’s Quds Force commander Qassem Soleimani, flipped the criticism saying it is actually the US who has “no will” to fight ISIL.

“Today, there is nobody in confrontation with [ISIL] except the Islamic Republic of Iran, as well as nations who are next to Iran or supported by Iran,” Soleimani told, Javan, a daily newspaper.

In fact, the US is complicit in the Islamic State’s expansion, he argued.

© REUTERS / Stringer
ISIL Used Truck Bombs to Seize Control of Ramadi
While the US has been deploying fighter jets to bomb ISIL strongholds, Soleimani said those have done nothing to stall their advance.

Washington’s inability to counter ISIL now has several members of Congress and others calling for “boots on the ground,” an action that war-weary Americans are somewhat loathe to contemplate but war-ready military-industrial leaders look forward to.

However, if Washington was truly interested in countering the ISIL insurgency, there are less intrusive measures. Many Middle Eastern leaders, for example, have been calling for Turkey to close its border with Syria, a porous entry many ISIL recruits have been known to pass to join up and ISIL leaders have been known to use to travel to Istanbul to take breaks from the fighting.

If the US does not even have the will to push its close ally Turkey to even make an effort to better monitor the border, it’s difficult for the US Secretary of Defense to try to make the case that the Iraqi military — the only line of defense against ISIL in that country — does not have the will to fight the insurgency.