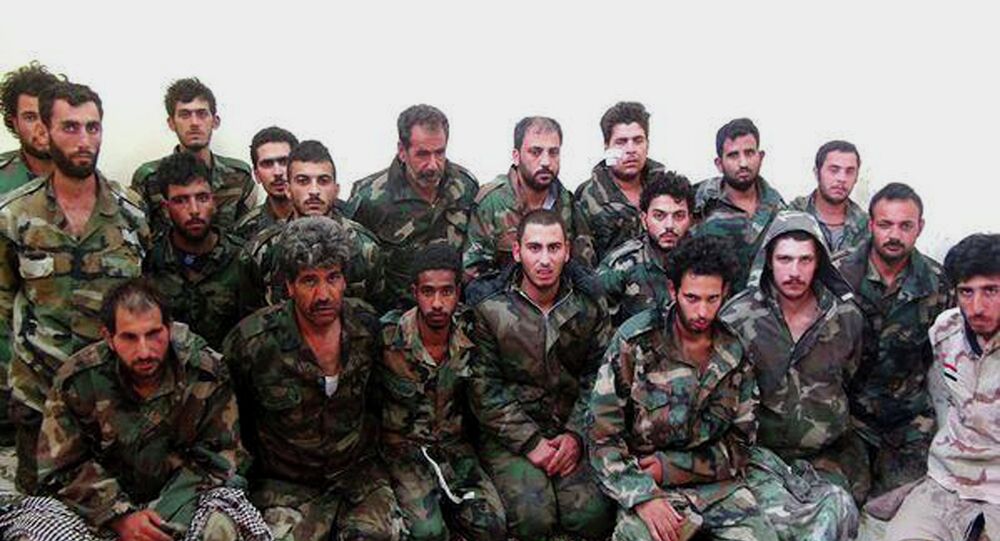 Russia strongly condemns mass killings of government soldiers and civilians by Islamic State militants in Syria's historic city of Palmyra and calls on international and regional players to abandon double-standard policies in the fight against extremists, the Foreign Ministry said in a statement on Monday.

© AFP 2020 / STR
ISIL Slaughters 400 Captives in Palmyra, Mostly Women and Children
MOSCOW (Sputnik) – The ISIL jihadist group seized full control of Palmyra, listed as a UNESCO World Heritage Site, on Wednesday after nearly two weeks of heavy fighting. According to various reports, the militants have executed up to 400 Syrian army servicemen and civilians, including women and children.

"We strongly condemn the atrocities committed by armed extremists in Palmyra," the ministry said in a statement.

The ministry stressed that the advance of the Islamic State in Syria and Iraq poses a major threat on a global scale.

"In this respect, we call again on all international and regional players to abandon the practice of using double-standard approaches in the fight against terrorism, and seek effective cooperation with governments of Middle East states, which counter directly the ISIL offensive," the statement said.