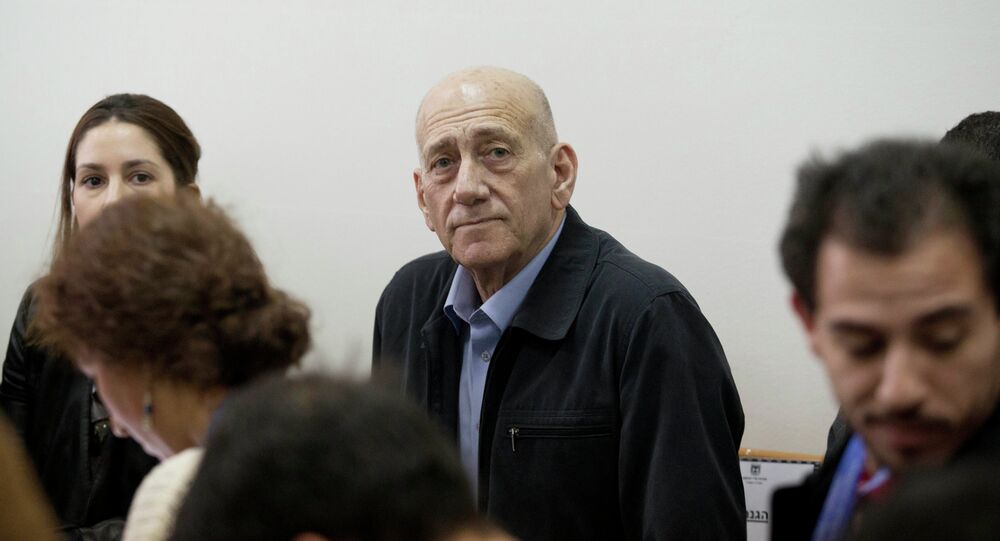 Olmert's lawyers have appealed the court's ruling and the sentence has been suspended for 45 days during which an appeal will be considered.

In 2012, the former prime minister was accused of accepting a monetary bribe from US businessman Morris Talansky but was not arrested at the time.

In May 2014, Olmert was sentenced to six years in prison for bribery in a separate case but pleaded not guilty and appealed the verdict in the Supreme Court.

Olmert held office as prime minister between 2006 and 2008. He stepped down after charges were brought against him.