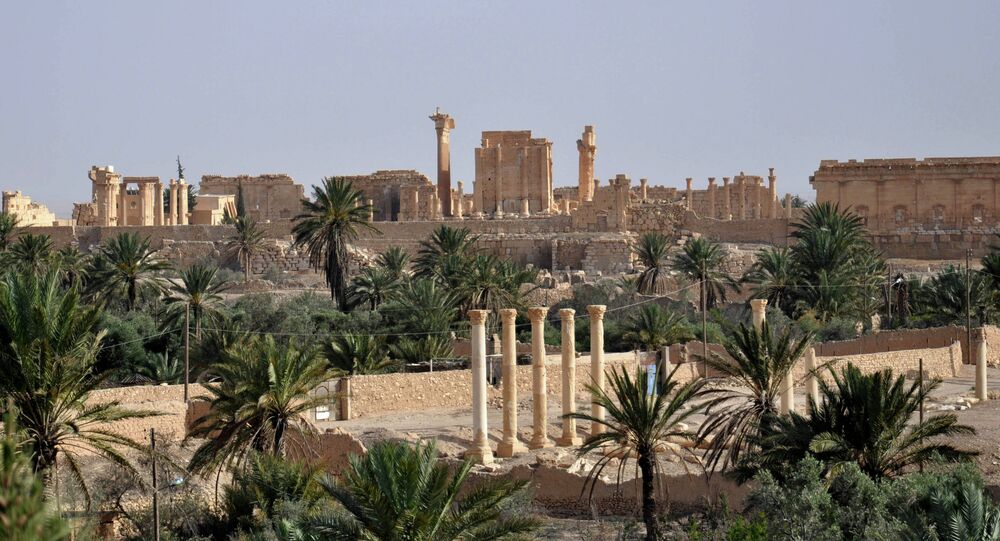 Islamic State militants have killed at least 400 people in the ancient Syrian city of Palmyra, most of the victims women and children, Syrian state television reported Sunday.

© AFP 2021 / JOSEPH EID
The History of Palmyra, ISIL's New Victim
Syrian media cited local residents in compiling their report. Earlier, Syrian social media activists stated that hundreds of bodies littered the streets of the city after its seizure by the ISIL last week. Black ISIL flags have been cited flying over buildings in the area, including a centuries-old Islamic-era castle.

The Syrian Arab News Agency reported that among the victims were dozens of state employees, including the chairwoman of the nursing department at a local hospital and all her family members. SANA's sources told the news organization that ISIL was carrying out a brutal campaign of murdering anyone showing any sign of loyalty to the Syrian government or disobedience to ISIL.

On Wednesday, following a week of fighting, ISIL seized the city, located in central Syria, about 215 km northeast of Damascus. Palmyra is a UNESCO World Heritage Site and is considered to be one of the most important cultural and archaeological sites in the Middle East.

The UN Security Council expressed its deep concern Thursday over the fate of civilians trapped in in the city. A press statement expressed the organization's "concern for the women and children in Palmyra, noting ISIL’s pattern of abducting, exploiting, and abusing women and children elsewhere, including rape, sexual abuse, forced marriage, and forced child recruitment committed by ISIL." The organization also called for the opening of a "safe passage" for civilians, who are now said to be besieged inside the city by ISIL.

Earlier this week, the UN's human rights office said that up to a third of the city's population of 140,000 may have fled the city.

The massacre follows on similar carnage carried out by ISIL earlier this month in the village of al-Ameriyeh, outside Palmyra, where at least 30 local residents were killed.