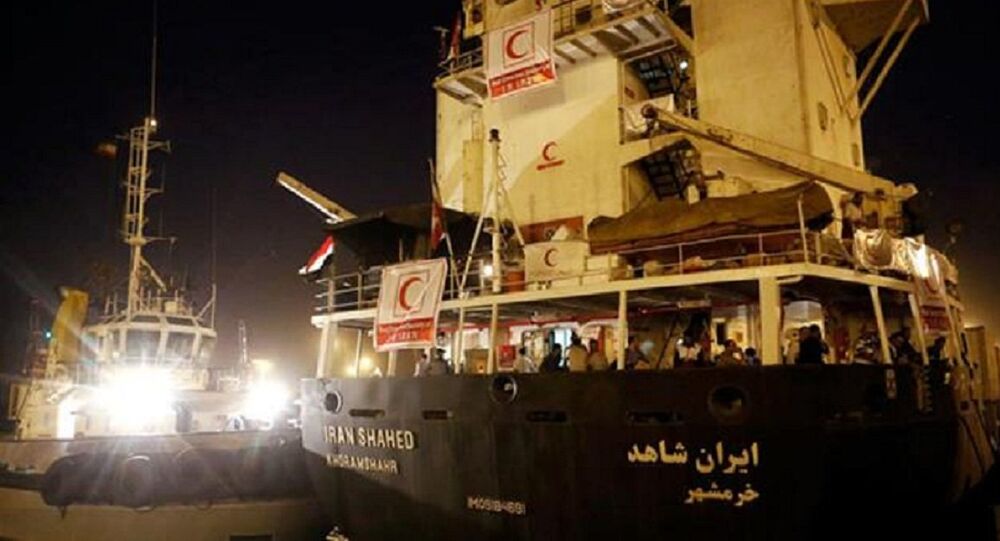 "They’re killing innocent people," Maupin said of the Saudi bombing campaign in Yemen, referencing the alleged use of chemical weapons and the targeting of hospitals. "Of the four thousand people, at least, who have already died, very few of them are armed combatants of any type."

Hence the humanitarian mission of the Shahed, as it approaches the Yemeni port of Hodaida, currently held by Shia Houthi fighters.

"This is a matter of delivering medical supplies, food, flour, water, the basis, basic necessities to the people of Yemen, who are suffering under a horrific bombing campaign from the Saudis," Maupin says.

The Saudi government has said it intends to search the ship before it passes the blockade. Maupin stresses that while the ship would be fully compliant with inspections conducted by the United Nations or the International Red Cross, it has no intention of allowing the Saudi government onboard, which could serve as "some kind of provocation or incident."

"[The volunteers aboard] feel it’s their duty to go to Yemen, to risk their lives, go into a warzone, and help those who are in need," Maupin says. "And as someone from the United States, I can’t understand why my government or the Saudi government would be opposed to doing such a thing."

The ship is expected to reach Hodaida Thursday morning.