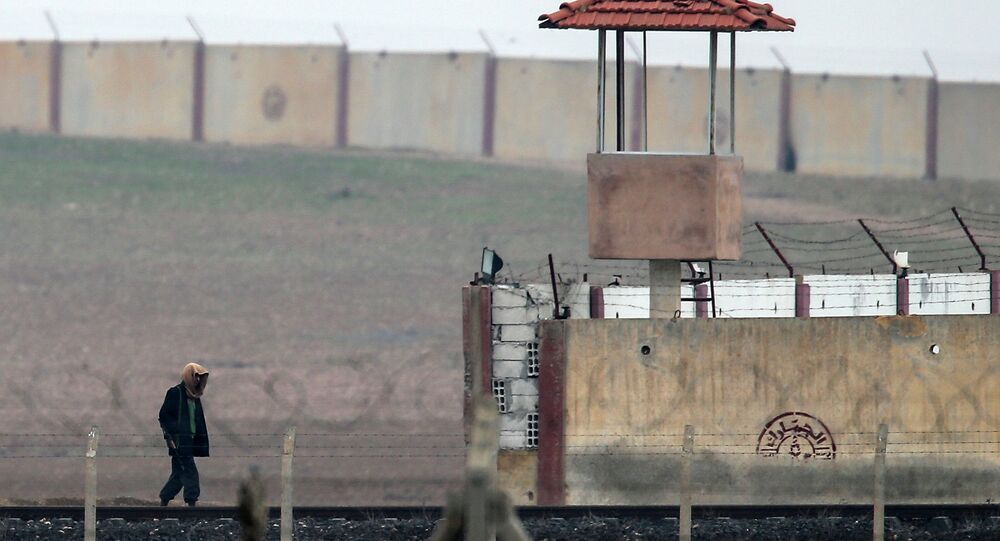 Syria is struggling to cope with thousands of foreign mercenaries who are entering the country through its border with Turkey, Syrian Ambassador to India Riad Abbas told Sputnik.

NEW DELHI (Sputnik) – According to the ambassador, foreign insurgents are funded mainly by Riyadh and Doha, while Ankara also supports them.

"The problem we are facing is cross-border terrorism. More than 100,000 mercenaries have been smuggled into Syria through Turkey, and they get support from Turkey and some Arab countries like Saudi Arabia, [and] Qatar."

© AFP 2021 / HO/SANA
Assad: Turkey Supports ISIL in Syria
Abbas called on the countries that he claims support terrorism to close their shared borders with Syria and prevent militants from being smuggled, as well as urging them to cease their funding and arming of the insurgents.

Syria has been mired in civil war since 2011. More than 200,000 people have died as a result of clashes between pro-Assad and opposition forces as well as insurgent groups, while millions have been displaced.

The United States has long accused Assad's government of using violence against its own people, imposing sanctions against the president in 2011 in the hope that he would step down. Despite the sanctions, Assad won a landslide victory in the 2014 presidential election.

Syria will not accept any orders imposed by foreign powers, Riad Abbas said.

"The solution has to be under the control of Syrian people, not imposed from outside," Abbas said, alluding to the prospects of finding an answer to the crisis in the country at multilateral Geneva talks.

According to Abbas, Syria is not like other countries, where leaders are put into power by the US government.

© AFP 2021 / HO/SANA
Syrian Peace Possible If West Stops Meddling - President Assad
"We are not a follower for American policy, we are independent country," Abbas said.

He stressed that Syria is not ready to give up its sovereignty, adding that "we are ready to fight for our people and for our safety and for our country till the end."

Russia and Syria have cordial relations, with Moscow supporting Damascus' fight against terrorism and wish for peace, Abbas noted.

The diplomat added that Russia supports "the rights of our [Syrian] people, they support the principles by which our government asks for peace. They support Syria in its search for a political solution."

US Raid on Syrian Territory Not Coordinated With Assad's Government