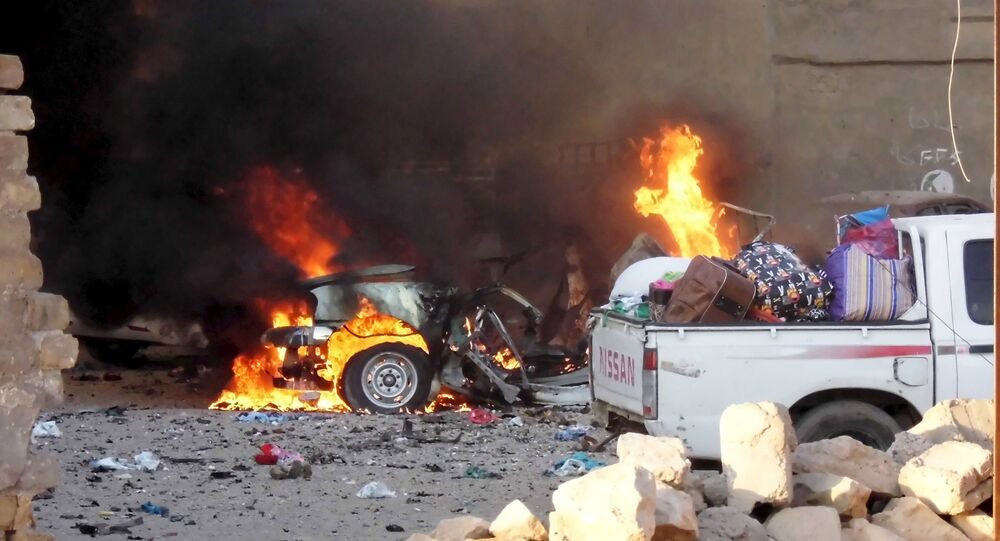 The Islamic State jihadist group has captured the central Iraqi city of Ramadi in its entirety amid disputed claims from US and local officials, according to Monday's media reports.

MOSCOW (Sputnik) — A day earlier in neighboring Syria, US special forces killed a senior ISIL official and captured his wife in a clandestine ground operation. Abu Sayyaf was purported to have been in charge of the group's illicit oil trade, which is believed to be the extremist group's main source of revenue.

He added that over 500 civilians and security personnel died in the fight for the provincial capital some 60 miles west of Baghdad.

Twitter / Charlie Winter
British ISIL Suicide Bomber Blows Himself Up in Iraq’s Ramadi
ISIL claimed late Sunday that it seized Ramadi from Iraq's security forces, but the US Defense Department that monitors ongoing events was unable to immediately confirm the militant group's reports.

Other reports quoting local officials stated that Iraqi troops were abandoning their positions en masse despite Prime Minister Haider Abadi's appeals for them to await reinforcement from Shia militias.

Ramadi has been the hotspot of clashes between the militants who seek to establish an Islamic caliphate in territories under its control and the Iraqi forces.

Iraqi Authorities Announce Curfew in Ramadi Ahead of Operation Against IS