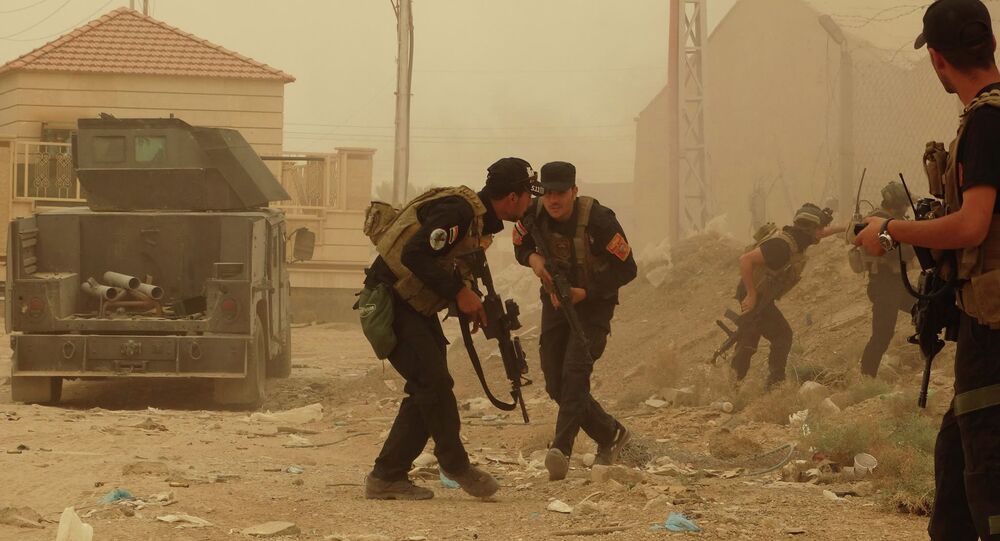 Iraqi soldiers are leaving their positions as the Islamic State militants are advancing further into the central city of Ramadi, media reported Sunday.

MOSCOW (Sputnik) — According to the BBC citing officials, most Iraqi troops have abandoned their positions, with the Islamic State insurgents taking over a compound the military used as a command center.

Iraqi Prime Minister Haider Abadi called on the troops to remain in their positions, telling Shia militias to prepare for deployment in an address broadcast on the state television.

Earlier in the day, the ISIL militants stated they controlled the whole city in an online message, according to the BBC.

The Islamic State is a Sunni extremist group which has taken over large areas of Syria and Iraq.

Ramadi, the capital of the ISIL-controlled Anbar governorate, has been the hotspot of the clashes between the militants and the Iraqi forces.

US-Led Coalition Carries out 26 Airstrikes Against ISIL in Syria, Iraq