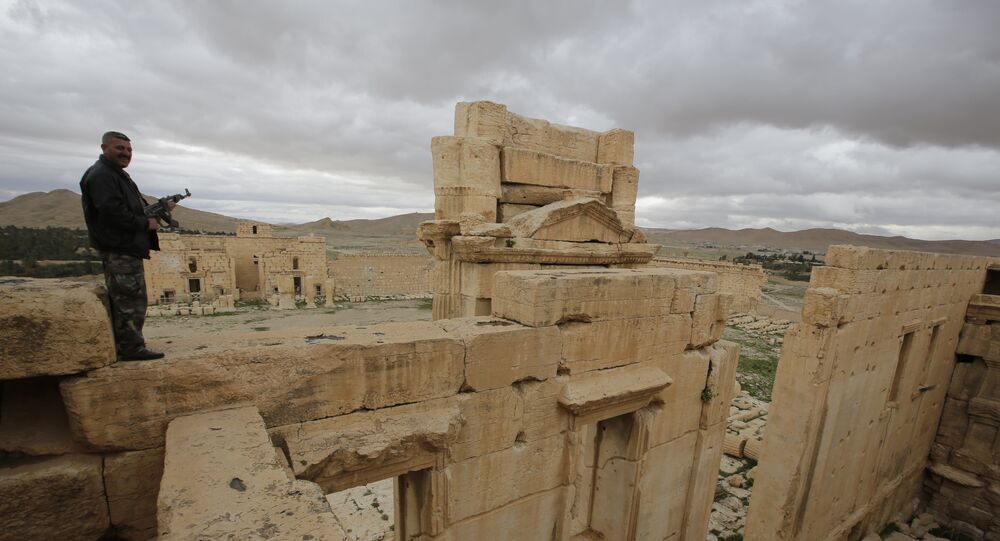 © REUTERS / Amer Almohibany
US-Led Coalition Launches 24 Airstrikes Against ISIL in Syria, Iraq - CENTCOM
BEIRUT (Sputnik) – According to the TV channel, ISIL militants began to retreat following the airstrikes. A column of 80 cars reportedly left Palmyra and headed toward the main ISIL positions outside the city.

A source in the Homs city administration told RIA Novosti that a large number of ISIL rebels was killed in the strikes.

The source added that the ancient site of Palmyra had not been damaged in the attack, and is under the Syrian army’s control.

Vast territories in Syria, which has been in the state of civil war since 2011, are currently controlled by Islamic State.

Islamic State is a Sunni jihadist group that in 2014 captured vast territories in Iraq and Syria, proclaiming caliphate on the lands that have fallen under its control. The group’s affiliates also operate in North Africa, Yemen, Pakistan, Iran and Afghanistan.