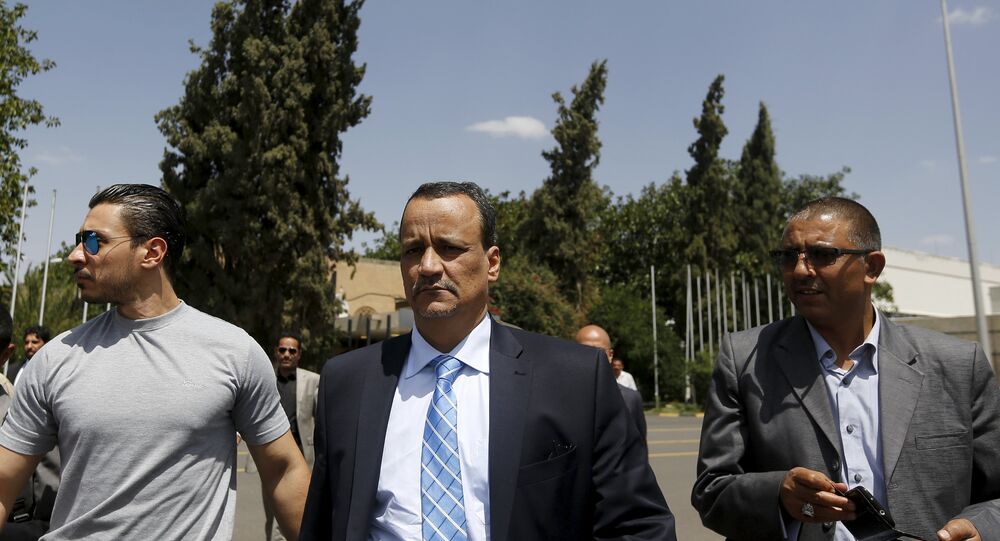 UN Envoy to Yemen Ismail Ould Cheikh Ahmed called on all parties of Yemeni conflict to renew their commitment to the truce for five more days at least.

"I call on all parties to renew their commitment to the truce for five more days at least," he said at the Yemen reconciliation conference in Riyadh.

The envoy stressed that the five-day truce in Yemen that came into force on Tuesday has alleviated suffering of civilians.

© AFP 2020 / FAYEZ NURELDINE
Yemen Reconciliation Conference Kicks Off in Riyadh
Yemen has been in a state of turmoil since early 2015, when Houthi rebels took control over large parts of the country, prompting President Abd Rabbuh Mansur Hadi to flee the country.