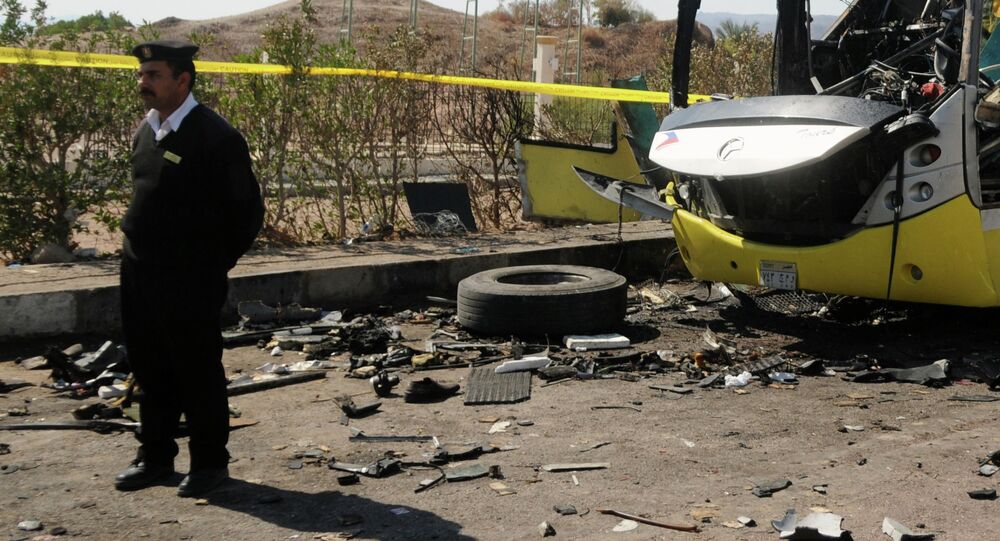 CAIRO (Sputnik) – Three people were killed and several others were injured in an attack on the bus carrying a group of judges in Egypt’s turbulent North Sinai province, governor Abdel Fattah Harhour said Saturday.

“Thirty minutes ago the terrorist attacked the bus with judges on board. Three were killed and several were injured,” Harhour told RIA Novosti.

According to local television citing a security forces source, the bus was carrying a group of six judges and was attacked by Bait Maqdis militant group in North Sinai's provincial capital Arish. The attack was retaliation to the Saturday’s death sentence of former Egyptian leader Mohamed Morsi, according to the source.

Earlier in the day, Morsi was sentenced to death on charges of orchestrating a 2011 mass prison break.

Morsi and his fellow defendants, including other Muslim Brotherhood leaders, were convicted for breaking out of Wadi Natroun jail in Cairo and attacking police facilities during the 2011 uprising against Egypt's then-president, Hosni Mubarak. Following the prison break, several other prisons saw multiple riots and thousands of inmates escaped.