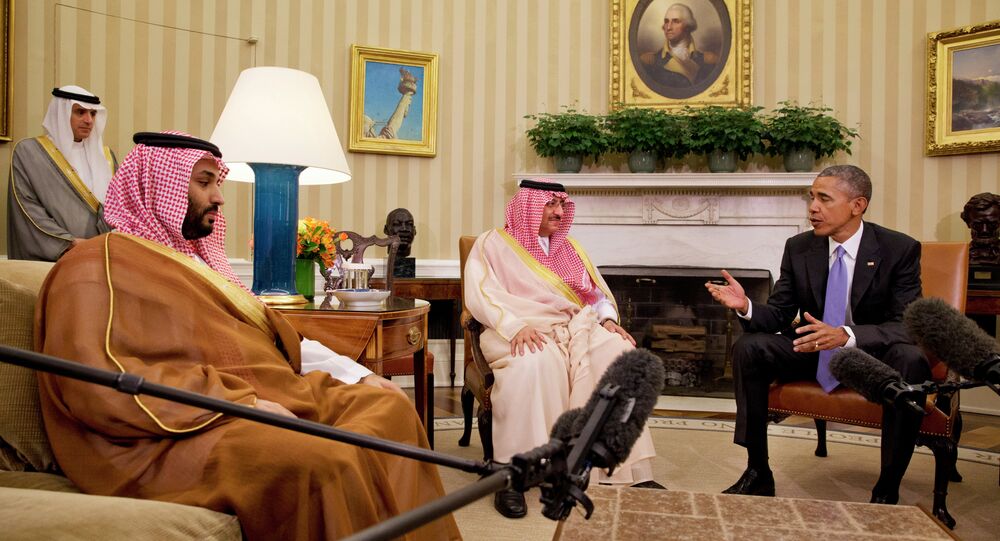 The nuclear deal not yet finalized between the P5+1 and Iran may allow Tehran to keep up to 5,000 centrifuges to enrich uranium. The US House of Representatives passed legislation Thursday that would allow Congress to approve the final deal, which has a deadline of June 30.

The deal is aimed at ensuring Iran's development of nuclear technology is for peaceful purposes, but other regional powers, perceiving a possible power imbalance and fearing their own vulnerability, have hinted that they will pursue greater defense capabilities to compensate.

In what is shaping up to be an enrichment race if not exactly an arms race, Saudi delegates to a rare summit of Gulf leaders with President Obama made it clear that the deal means they feel they must match Iran's level of enrichment.

"We can’t sit back and be nowhere as Iran is allowed to retain much of its capability and amass its research," one Saudi delegate who wished to remain anonymous told the New York Times before the meeting of the Gulf Cooperation Council (GCC) began on Thursday.

The former Saudi intelligence chief, Prince Turki bin Faisal, also recently told a conference in South Korea, "Whatever the Iranians have, we will have, too."

Ironically, the avoidance of just such an arms race was a central argument of the Obama administration in favor of a deal that would include the ability to monitor Iran's program.

"It is almost certain that other players in the region would feel it necessary to get their own nuclear weapons," Obama said in 2012.

As representatives from Saudi Arabia, Qatar, United Arab Emirates, Kuwait, Oman and Bahrain gather to meet with Obama, the Iran nuclear deal has left the US open to the criticism that if Iran can be allowed to enrich, it is unreasonable to deny that to other states, even those much less advanced technologically.

One indication of tensions in the run-up to the talks was that Saudi Arabia, at the last minute, decided to send a lower-level official to the GCC summit, instead of King Salman.

After the first working session of the summit which focused on Iran, US deputy national security adviser Ben Rhodes told reporters that Obama reassured delegates concerned about Iran becoming a destabilizing force in the region that he understood their position.

Rhodes also said Obama told leaders he would "expedite" security assistance, particularly in cyber security, and border and maritime security. But he also said that none of the parties to the summit had indicated that they would try to develop a program that other regional powers should be concerned over.

Obama also discussed the possibility of making the parties to the summit "major non-Nato allies" which would facilitate the provision of financial and military aid, though stops short of being a mutual defense agreement.

"We’re open to discussions on that topic," Rhodes said. "Frankly, they have been more interested in the nature of the type of public assurance we can provide with respect to their security, and the nature of the capabilities we can help them to develop. … This may be a topic that we’ll continue to explore with them going forward."

On A Logistical Level, Still Limits to Development

Despite concerns about a potential escalation in the region of powers trying to match the perceived advantage of a nuclear enriching Iran, there will still be limits to following Iran down that path in terms of acquiring the needed technology.

The Nuclear Suppliers Group, an association of nations that produce the components that Gulf states would presumably be after, have a list of items they cannot export to the Middle East. This would leave only North Korea or, more likely, Pakistan as possible suppliers.

"With or without a deal, there will be pressure for nuclear proliferation in the Middle East," Gary Samore, a former nuclear advisor to Obama, told the Times, adding that "The question is one of capabilities. How would the Saudis do this without help from the outside?"