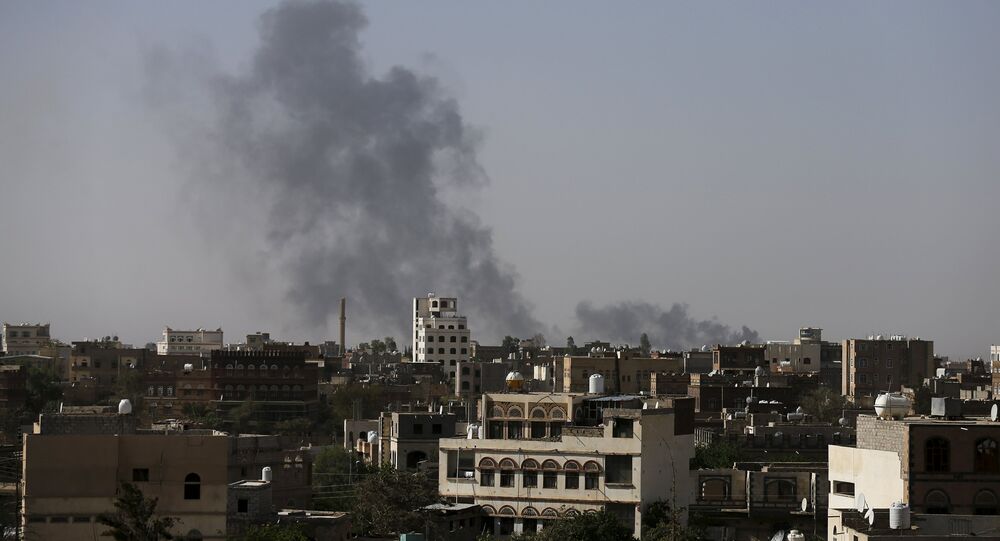 Mansour Abdullah Mohammed told Sputnik Hadi recalled his envoy "in protest against Iranian interference in Yemeni affairs, its refusal to comply with UN resolutions on Yemen and its attempt to breach the Yemeni border."

A diplomatic row broke out on Wednesday when Iran's cargo ship with humanitarian aid was blocked by Saudi Arabia. Riyadh, along with Hadi's government based in the Saudi capital, insists that the ship must be inspected before entering Yemeni waters, a move opposed by Iran.

© AP Photo / Hani Mohammed
Saudi-Led Coalition Accuses Houthis of Violating Ceasefire – Reports
Iranian General Masoud Jazayeri warned Saudi Arabia and its supporters in the United States that the humanitarian standoff will "spark a fire" that would be hard to put out.

Saudi Arabia has led a coalition of several Arab states in month-long airstrikes against Shiite Houthi strongholds in Yemen at Hadi's request to restore his presidency since late March. Operation Decisive Storm ended the following month, yielding to efforts to reestablish dialogue between the warring sides under Operation Restoring Hope.

A five-day ceasefire has entered into force in the Arab nation late Tuesday, opening a humanitarian corridor for international agencies to assist local residents and evacuate the injured.

The United Nations estimates some 650 civilians have been killed and nearly 1,500 other injured since the coalition's air campaign began.