Iran's ambassador to Russia said on Thursday that all forces must be hurled into letting its aid ship into Yemen after the Iranian army warned that attacking the ship would spark war.

Letting Iran's aid ship into Yemen is an obligation to humanity, Iran's Ambassador to Russia Mehdi Sanaei wrote in his blog on Thursday.

The Iranian army's Brigadier General Massoud Jazzayeri said on Wednesday that an attack on the ship will spark war in the region.

"Human duty dictates that […] all forces must be hurled into planning aid activities in which the 'Salvation Ship' does not meet the fate of previous humanitarian aid freights, which were exposed to attacks from Saudi planes, and for this freight to be delivered to the wretched and innocent people," Sanaei wrote.

According to the Iranian Fars News Agency, the ship carries 2,500 tons of medical supplies, as well as relief workers and peace activists from multiple countries. Iran has attempted to transport humanitarian aid to Yemen five times by plane, but landing was prevented by Saudi-led forces. 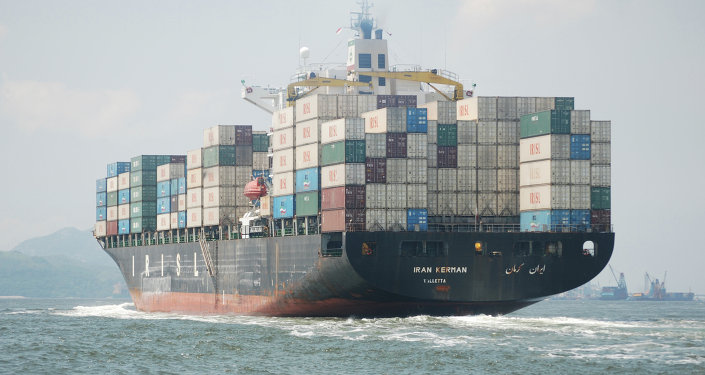 The Saudi Arabia-led coalition launched its bombing campaign against Yemen on March 26 in an attempt to drive out the Shiite Houthi militants who seized power in Yemen, and to reinstate the fugitive President Mansour Hadi.