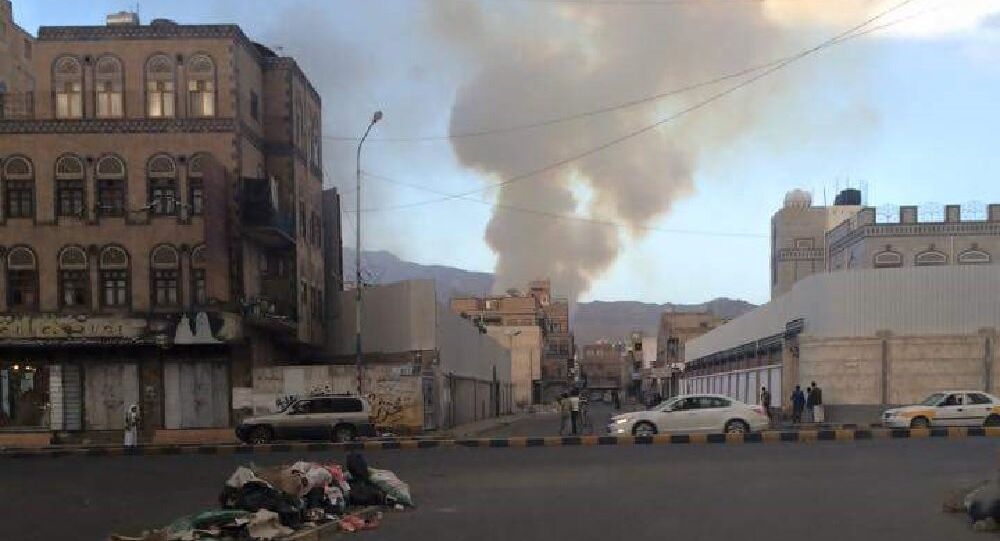 CAIRO (Sputnik) – The truce came into effect at 11 p.m. local time (20:00 GMT) on Tuesday and was intended to assist the delivery of humanitarian aid to civilian populations in Yemen, torn by conflict between Shiite Houthi militants and supporters of displaced President Rabbuh Abd Mansur Hadi, who is backed by a coalition of Arab states.

According to the witnesses cited by the Yemen Press news portal, Saudi-led coalition aircraft continue to patrol northern Yemeni provinces, on the border with Saudi Arabia, sporadically hitting Houthi targets.

On March 26, the Arab coalition started to conduct airstrikes at the request of President Hadi against the Houthis, also known as Ansar Allah (Supporters of God), who had seized large parts of the country, including the capital Sanaa.

In late April, the coalition announced a cessation of bombings and pledged to focus on reviving dialogue between the conflicting sides in Yemen. Nevertheless, the airstrikes have continued.