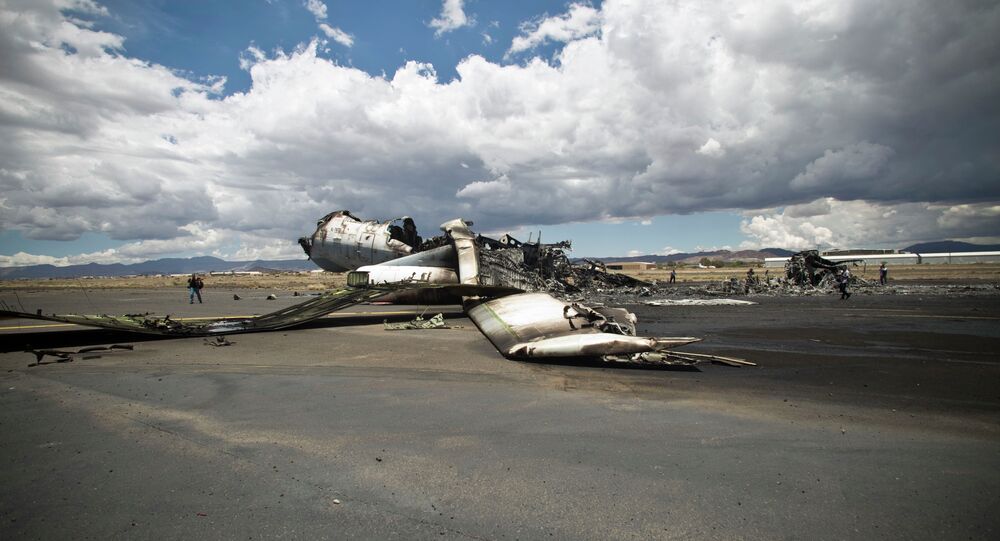 Yemeni Houthi rebels urge the United Nations to create a mechanism to monitor the adherence to the humanitarian ceasefire in the country by all parties to the conflict, the senior Houthi leader, Saleh Sammad, said Wednesday.

CAIRO (Sputnik) — Saudi Arabian Foreign Minister Adel Jubeir announced last week that a ceasefire would begin in Yemen on May 12 and will last for five days or more provided that the Houthi rebels, main opposition force in Yemen, do not violate it. On Sunday, the Houthis were reported to have agreed to that proposal.

“I was scared of the bombs & the sea itself. My wife cannot swim, & we had no floats” #Yemen http://t.co/TUiJk62b9K pic.twitter.com/H6WFETfX0M

The five-day truce in Yemen entered into force on Tuesday, at 10 p.m. local time (20:00 GMT) on the entire territory of the country to provide local residents with humanitarian assistance and help civilians leave the hottest conflict zones, as well as to evacuate the injured.

"We demand that the United Nations should create a specific and transparent mechanism to oversee the compliance of the parties [to the Yemeni conflict] with the truce," Sammad told RIA Novosti.

"Hundreds of thousands across #Yemen are struggling to meet basic needs & are in desperate need of help" http://t.co/gRCgYNA3Uv

Sammad added that Houthis fear Saudi Arabia "is using the ceasefire only to rehabilitate its image and deflect anger over the ongoing aggression."

On March 26, Saudi-led coalition started to conduct airstrikes, upon request of Yemeni President Abd Rabbuh Mansur Hadi, against the positions of Houthis, also known as Ansar Allah (Supporters of God), who seized a large part of the country, including the capital Sanaa.

In late April, the coalition announced the halting of bombings and pledged to focus on the revival of dialogue between the conflicting sides in Yemen. Despite that, the airstrikes have continued.